Uploaded: May 11, 2017
There are a few people who through their business activities changed the face of the Tri-Valley.
For business parks, there’s Alex Mehran at Bishop Ranch in San Ramon and Joe Callahan at Hacienda Business Park in Pleasanton. For wineries, it’s the vision of the Wente Family that is being fulfilled with more than 50 wineries and a vibrant wine country growing in the South Livermore Valley.
When it comes to residential builders, few people will have a stronger legacy that Dan Hancock of Shapell Homes. Hancock ran the Northern California division of the private company for 15 years before retiring in 2001. The showcase in San Ramon is the Dougherty Valley, a project that took literally decades to move through the planning process, law suits, politics and finding water. 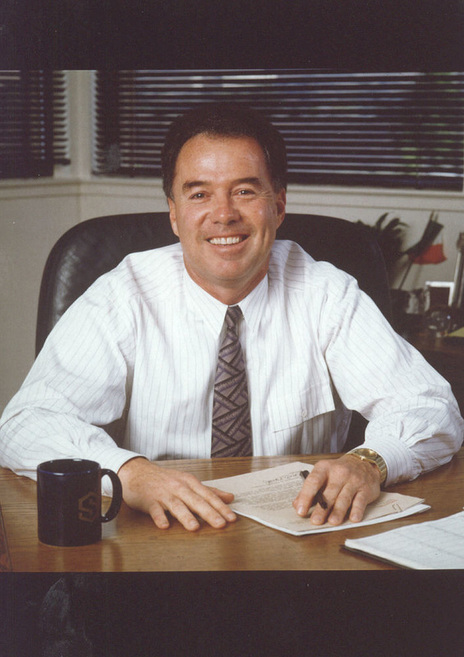 Hancock enjoyed taking on the difficult projects and was working for a perfect company. Shapell was privately held, owned by Nathan Shapell, an Auschwitz survivor. The company did not borrow money—it funded projects from its own resources and was comfortable building over the long term.
It took decades to finally win approval for the Dougherty Valley, which includes the Shapell-owned Gale Ranch (formerly owned by Pleasanton Judge William Gale) and the Windemere half. The firms started working with the city of San Ramon, but then had to pivot after politics shifted in San Ramon and process the development of 11,000 homes through Contra Costa County. County supervisors were interested in housing close to the job center of Bishop Ranch. Contrary to the complaints of misguided environmentalists, it amounted to an infill project, located between more than 100,000 jobs in San Ramon and Pleasanton.
The Shapell team worked closely with the city and the San Ramon Valley school district to create a series of quality neighborhoods. They also pioneered the concept of developers building turn-key schools and then giving them to the school district.
One of the major challenges was water. The Dougherty Valley now is served by two water agencies—the original portion, West Branch—is in the East Bay MUD area. East Bay MUD was unwilling to extend its boundaries to include the remainder of the land so Shapell bought water rights elsewhere and then convinced the Dublin San Ramon Services District to serve the area with those purchased rights.
What struck me about Dan was his commitment to making life better for people in the valley. Shapell consistently invested in community groups and community causes. His successor, Chris Truebridge, carried on that tradition. The San Ramon Rotary Club, in 2008, made Shapell the second member of its business Hall of Fame.
I met Dan through former San Ramon Mayor Dianne Schinerer. We shared an interest in children’s theater (I was a board member of Children’s Theater Workshop). After sharing our director’s vision of an original play, Dan and Shapell paid for the entire cost of writing and producing it. I still remember Dan passing on a chair in the first row and instead sitting on the floor with the children when we debuted the play.
From a public service standpoint, he served on the state’s Little Hoover Commission from 1997 to 2013, spending the last six years as its chair. His boss, Nathan Shapell, spent nearly 20 years on the non-partisan commission designed to help state government function more efficiently.
Shapell built neighborhoods in Danville, San Ramon, Pleasanton and Castro Valley as well as in the South Bay. I remember him telling me once that they had a real challenge because they could not get new homes in Milpitas, that were identical to new homes in San Ramon, to appraise for the same values. That equation changed when southbound I-680 became a parking lot in the 1990s.

Dan lived in two homes in San Ramon—an original Shapell track home in a neighborhood south of Bishop Ranch and then his final home on a hill overlooking the Bridges Golf Club. In total, the firm, which was sold to Toll Brothers, was responsible for more than 10,000 homes in Danville and San Ramon.
He was both an avid golfer and an avid bicyclist. His passion for golf and the links style favored in Scotland and Ireland led him to engage PGA Tour Hall of Famer Johnny Miller to design The Bridges. Miller did such a good job making the course tough that tournaments organizers, in the first number of years, would routinely give two sleeves of balls to players. That was to compensate for the balls that would vanish if righty golfers sliced at all. Stringent environmental rules put the ravines that ran down the right side of many fairways as areas you could not enter to pick up your errant tee shot.

A memorial service celebrating Dan's life will be held at 2 p.m. Tuesday, May 16 at The Bridges Golf Club in San Ramon. He died two months before his 70th birthday on April 23 after battling cancer.

The 2017 Ford GT is the one car which every sports enthusiast has been eagerly awaiting. For the record, the Ford GT is based on the superb model which won the 1966 version of 24 hours of Le Mans.
With this car, the iconic blue logo will get a new lease on life. For more information about the 2017 Ford GT checkout Web Link

Report Objectionable Content
Posted by Gary Kirkpatrick, a resident of Pleasanton Heights,
on May 12, 2017 at 2:09 pm

How Much Time do You Spend Outdoors?
By Chandrama Anderson | 0 comments | 1,998 views

Tell Me More about UC-Irvine
By Elizabeth LaScala | 0 comments | 1,081 views