All too many artists have gone before their time: van Gogh, Poe, Pollock, Rimbaud…. Arthur Fiedler, longtime conductor of the Boston Pops, made it to 84, having famously said that “to rest is to rot.”

Not resting on her considerable laurels is local artist-legend Beth Batchelor. Batchelor recently turned 100, and more than a hundred friends, associates, and admirers helped her celebrate on July 30. Among those helping plan the celebration: Gavin Newsom, Steve Glazer, and Catharine Baker. The party was held at the Alamo Women’s Club and featured the guest of honor, as well as many of her works created over the years. She signed the bills of souvenir caps dispensed to all attendees. 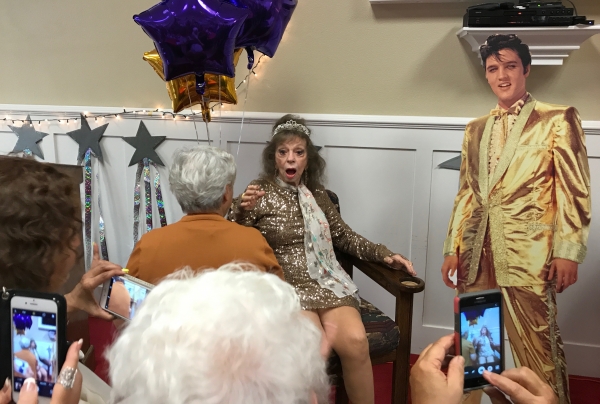 Beth Batchelor surrounded by friends, firing phones, and The King.

Ms. Batchelor is still working and is as sharp as the proverbial tack. She attributes her longevity to elimination of processed foods, avoidance of stressful people, and cultivation of humor and laughter, among other positive criteria. 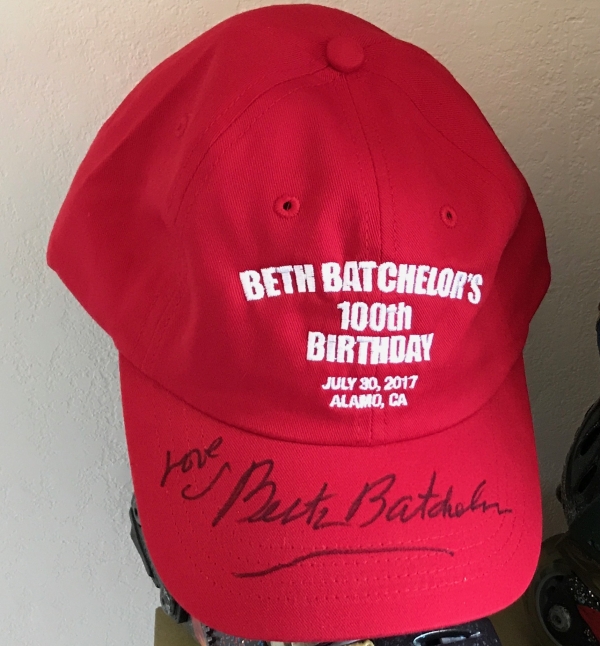 Of her ten decades, she has been making art more years that Fiedler was alive, having won a Brooklyn Museum textile-design competition when she was only 14. She taught and still teaches in her spacious Alamo studio. In 1977, she founded the Alamo Danville Artists’ Society, still in existence four decades later. The nonprofit membership organization operates the Blackhawk Gallery, in Blackhawk Plaza. (http://adas4art.org)

I gravitated to abstract art because I long ago demonstrated a noticeable lack of representational aptitude. Nevertheless, under her tutelage I was able to draw several recognizable representations of people, a testament to her skills as an art teacher. I didn’t stick with it, however, and now I paint with bikes, scooters, skates, and wheelchairs. 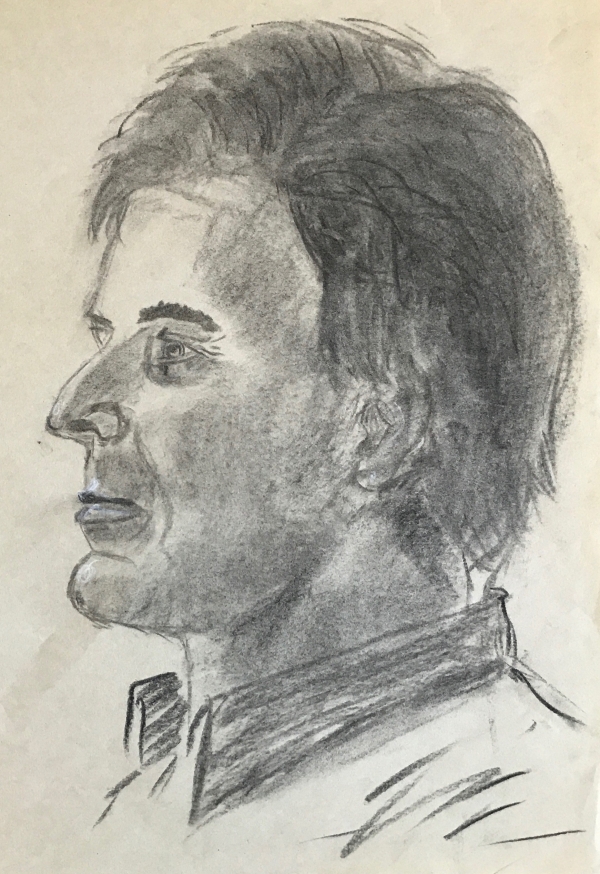 My sketch of a model. Mostly my work, with a few helpful teacher tweaks.

My great-grandmother lived to be 110! I adored her as a child.

She was unable to flee Argentina because she was so frail, so I never saw her again. I was so happy to read about you Ms. Beth.


Report Objectionable Content
Posted by Cholo Pololo Mololo, a resident of another community,
on Aug 1, 2017 at 9:41 am


Dear Ms. Beth....a word of WARNING...if you ever see anything in your frig that looks like this, you better run run run and I mean it!!!


Report Objectionable Content
Posted by Cholo, a resident of another community,
on Oct 3, 2017 at 8:54 am

Wounded Warriors is one of the Grand Prize winners in the DeVos Art Competition:

Doing more with the natural spaces we have
By Sherry Listgarten | 3 comments | 1,676 views