﻿ How Many Artists Does It Take to Hue in a Bight Bulb? | Art Space | John A. Barry And Bill Carmel | DanvilleSanRamon.com |

How Many Artists Does It Take to Hue in a Bight Bulb?

If the Albany Bulb is any indication, an indeterminate number. The Albany Bulb is a former landfill at the foot of Buchanan Street. Until it was closed in 1983, the Bulb’s landfill portion was used primarily as a dumping ground for construction debris, and large chunks of asphalt and concrete protude from the ground throughout the location. On many of those protrusions are paintings and graffiti. 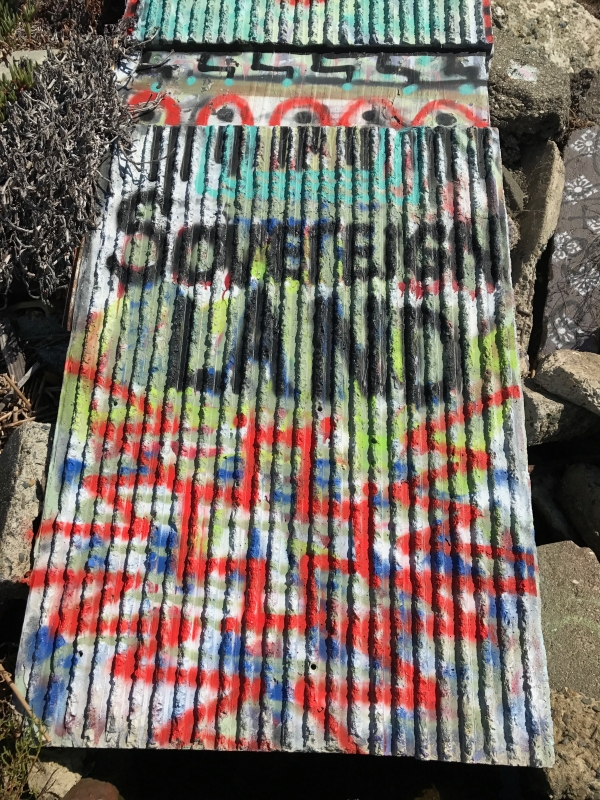 But according to an entry about the Bulb in Wikipedia, the venue’s heyday as an alfresco gallery has passed.

“The Bulb was home to a vast array of urban art including mural, stencil, graffiti, sculpture, and installation art. In 2016, some art remains but it is quickly deteriorating and nowhere as vibrant as it was in its peak around 2006. Sculptor and activist lawyer Osha Neumann has created some of the largest works. He often collaborates with his son-in-law Jason DeAntonis. Sniff, a group of artists composed of Scott Hewitt, Scott Meadows and David Ryan, painted large, highly imaginative ‘murals’ on wood and erected more sculptures on the northwest corner of The Bulb. Another Bulb landmark known as ‘Mad Mark’s Castle,’ after its builder, a longtime Bulb resident, is a large concrete, rebar and plaster shelter which sits on the southwest corner of the Bulb, directly opposite the Golden Gate Bridge. The Bulb has been used for informal concerts and even a production of Shakespeare’s The Tempest presented by We Players, a Bay Area site-specific theatre company, in 2006.” 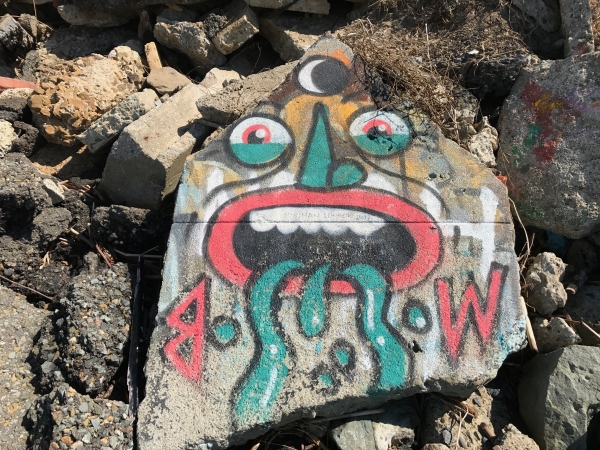 Still, a lot of the art remains (including a stone labyrinth), some works in better condition than others. In addition to being an urban plein air gallery, the Bulb offers limited hiking opportunities on a network of trails, including one consisting of a ring of rocks extending into the bay. It appears that the small lagoon formed by this ring trail was once destined for further filling. 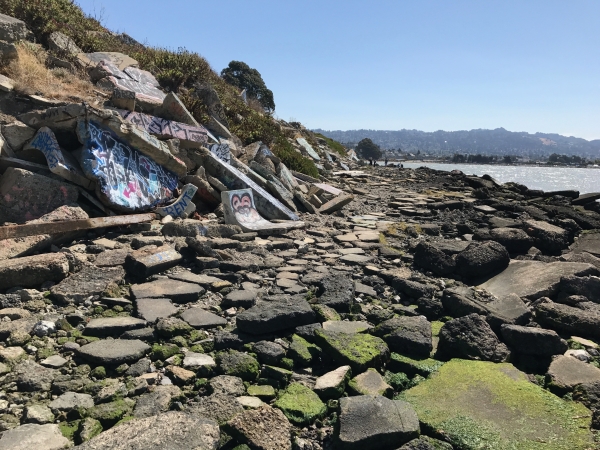 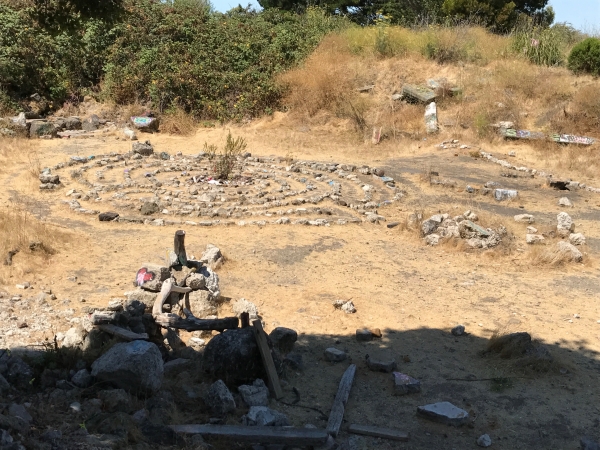 The next time you’re in an urban-art frame of mind, take a stroll through the Bulb…great views of San Francisco.

The bulb has a website, http://www.albanybulb.com, and the web offers a wealth of info about the place.

Many thanks for some history to go with my one and only trip to the Albany Bulb about 4 years ago. My oldest son had been there and he insisted that he should take me so I could see all the art. It was quite the visit pushing him in a wheelchair, passing a few homeless camps along the way and enjoying the sights. There were some remarkable structures that I think, are gone now. The views were and still are unforgettable from that point.


Hooray for puns and a fun article about a pretty unique Bay Area phenomenon. It used to be a pretty good place to let dogs be dogs, as well. Thanks guys!


Seems to me that you gotta be screwed to be a light bulb! SPREAD THE JOY...HAPPY NEW YEAR!

Couples and Premarital: Parallel Living: What to Do
By Chandrama Anderson | 0 comments | 4,861 views