Uploaded: May 16, 2019
When Jessica Binzoni visited a Palestinian refugee camp at the age of 20, her life changed forever.
While we visited last week in Pleasanton, she said that God changed something in her heart on that trip and set her on a path to help refugees. Growing up in Pleasanton, she encountered people with different or tough backgrounds through her mom Lisa's volunteer work at Shepherd's Gate in Livermore as well as volunteer time with organizations serving the inner city.
She'd seen poverty, but nothing like the suffering she saw in the camp. "It turned my world upside down," she said. In retrospect, after working in Northern Iraq for the last year, she said that the Palestian camps, by comparison, were not that bad.
After the Palestian trip, she graduated from St. Mary's College in Moraga, and was advised by several people to go to law school. So, she did—attending the University of Norte Dame with a laser focus on that goal when selecting her classes and internships. 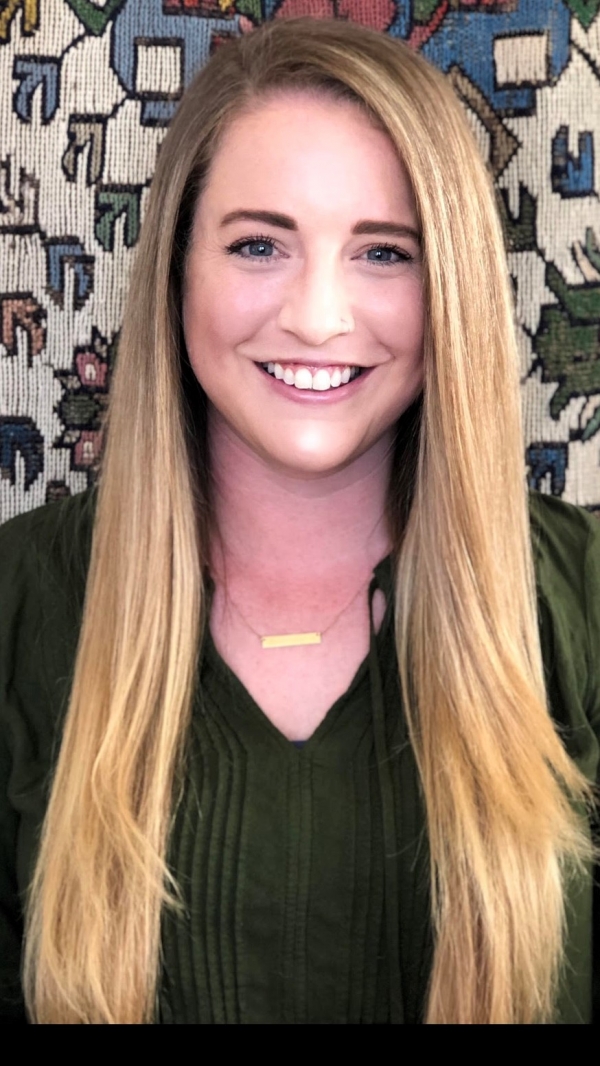 As she neared graduation, she applied for one of two fellowships given for graduates to work in public service law. The committee awarded her one and she spent two years in Chicago representing immigrants seeking asylum in the United States. Her passion, however, was working aboard so she decided she was called to the Middle East.
Eighteen months ago, she flew to Jordan with plans to locate in Northern Iraq where refugees from the Syrian civil war and ISIS had gathered. God opened doors and she's been working there for more than a year.
Jessica, through her work experience, has done her homework. She understands the challenges faced by displaced people living in camps provided by international aid organizations. For those of us who see the camps as short-term, she quickly disabused that assumption. The average time a person lives in a camp is 26 years—a full generation.
And, depending upon the rules, which can vary camp-to-camp and country-to-country, some displaced people have no opportunity to get a job and start to provide for their family again. Instead, they are dependent on the organization for food, water, medical care and education for their children and have no chance to build a sustainable life.
After analyzing the situation on the ground, Jessica decided to focus on families not living in a camp and focus on development—the long-term solution. She's established a nonprofit, Hope + Future International that is targeting the 91 percent of displaced people living outside of camps.
Before committing to working with a family, she personally interviews them to determine their needs and whether they fit with the vision of developing a sustainable life. In Northern Iraq, there are four groups of displaced people, each with a different dialect and a different religion. Talk about complicated.
The interviews are critical because aid groups often can skip that step and assume each family needs the same thing. She cited one example where another organization distributed kerosene heaters, only to see families turn around and sell them because they needed cash and already had a heater.
Her group gave heaters to families who needed one over the winter, but the primary focus now is education. For families living on their own, they must get their children to a specific school that teaches in their language. That means taxi or bus rides that the families cannot afford. So, Hope + Future is providing money for transportation as well as the mandatory school uniforms.
She said children are eager for an education because they understand it's the pathway to a better life.
The challenge in Northern Iraq is immense. One in four people are refugees—that's 1.9 million people, of which 900,000 are children. Family size ranges from four to nine children. She believes smaller, local organizations such as Hope + Future offer a better way to build long-term solutions.
And she said that the major relief organizations are simply overwhelmed by the number of displaced people worldwide and can only react to the next crisis. For instance, she said that largest refugee camp is in Kenya which provides for refugees from war-torn Somalia. There are 68.5 million displaced people worldwide.

Jessica explained the development approach is critical because it’s unlikely that displaced people will ever return to their homes. She said that ISIS has been defeated in terms of territory, but not in terms of ideology and followers—they’re underground.
The challenges of living and working in a different culture, let alone with four different cultures, are significant, but Jessica said when she returned home earlier this month it felt like she was “leaving home in Iraq.”
“I am confident this is what God has called me to do. I could not be content leaving,” she said.
The public is invited to learn more about Hope + Future and its work in Northern Iraq when Jessica presents and answers questions at 7 p.m. on May 23 at Inklings, 530 Main St. in downtown Pleasanton.


Ac market is the biggest cracked apps store in the world. It has good features and it provides a premium apps and games for free.

Get the day's top headlines from DanvilleSanRamon.com sent to your inbox.