When Paul Krassner was referred to as the “father of the Yippie (Youth International Party) movement," his response was, “I demand a paternity test!” That statement was emblematic of Krassner’s subversive wit, which was on display in The Realist, a magazine Krassner founded, edited, and published off and on from 1958 till 2001. 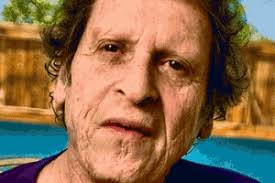 I graduated from Mad to The Realist during my freshman year at Boston University. In the summer of 1968, I was living in New York City and looked up “Realist” in the Manhattan phone book (remember those things?). Krassner answered the phone, and I had a congenial chat with him after telling him how much I liked his publication. (I thought subsequently that I should have asked him for a job, but the mag was pretty much a one-man show.)

Krassner died on July 21 in Southern California after a turbulent and multifaceted career. Beyond his tenure at The Realist, he was a freelance writer, stand-up comic, author of several books, and—briefly—publisher of Hustler magazine after that publication’s founder, Larry Flynt, was shot and paralyzed.

In 1967, Krassner appeared as a guest on the Joe Pyne Show. (Pyne was a screaming reactionary host who presaged Morton Downey, Jr., Bill O’Reilly, Glenn Beck, and Michael Savage, among others.) Pyne was a heavy smoker and had lost a leg to cancer; so he wore a prosthetic. Krassner had had bad acne as a kid and his faced was scarred. Pyne started to ridicule his appearance. Krassner responded with something like: “Joe, I came on your show to discuss issues, but you’re making fun of my looks. I don’t think that’s very nice. Now, I’m not asking you if you remove your wooden leg at night before you make love to your wife.”

Krassner was a much-needed antidote to much of the publication pabulum foisted off on the public.

And speaking of Mad, after 67 years of existence, it is ceasing publication later this year.

May Paul Krassner Rest In Peace.

A very interesting guy. Thank you for the write-up.

The future of homework
By Monith Ilavarasan | 0 comments | 688 views