﻿ Deconstruction of a Visual Pun Based on a Veritable Bungler | Art Space | John A. Barry And Bill Carmel | DanvilleSanRamon.com |

Deconstruction of a Visual Pun Based on a Veritable Bungler

In our last installment, Bill wrote about engendering shelter-in-place creativity via “visual thought experiments concerning metaphors of power.” During my hibernation, I’ve been thinking a lot about the abuse of power, as exemplified by the current maladministration. Those thoughts have inspired me to create dozens of antiabuse song-parody lyrics, which I have posted to a website that specializes in the genre. But the only possible visual aspect of these parodies is reading them on a computer screen.

I could go on about the Orangetan’s incompetence, indifference, ineptness, intransigence, insufferability…and I do, at great length in the parodies. On the incompetence front: The Orange One is a bravura bungler of the small amount of English he knows. You can see many of his MAGA (Making Amusing Gaffes Adderally) infractions in this Daily Show clip. The show did an NCAA-bracket-style competition, in which it selected Trump’s best word-scourging.

The winner: oranges for origins. They concluded that “oranges” was his most embarrassing morphemic mishap. An added bonus: “Trump himself is orange!” That is indeed the hue of the impasto slathered in various shades, on his face. A visual image if ever there was one—and a very disturbing one at that.

The title of this four-painting piece, Devolution: The Oranges of Diseases, begins where the citrus solecism left off. It represents the nearly four nightmare years of Trump’s Putain (sic) facilitated presidency. 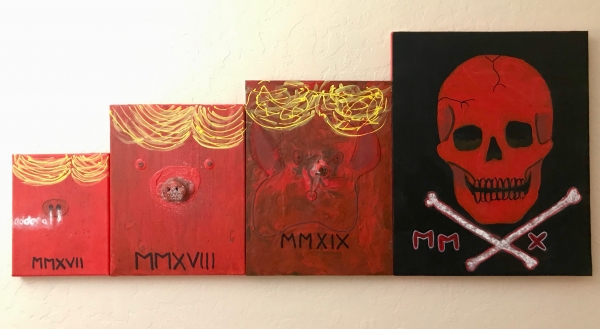 Each year, starting with 2017, is designated in Roman numerals. 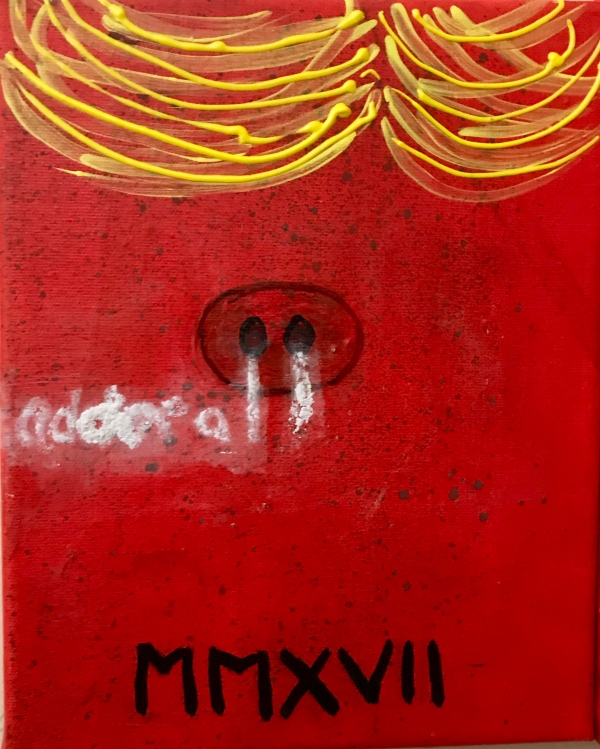 MMXVII: From the beginning, the Dear Leader has sniffed and snorted as he regales his base with the 4Fs: fables, fabrications, fallacies, fantasies. 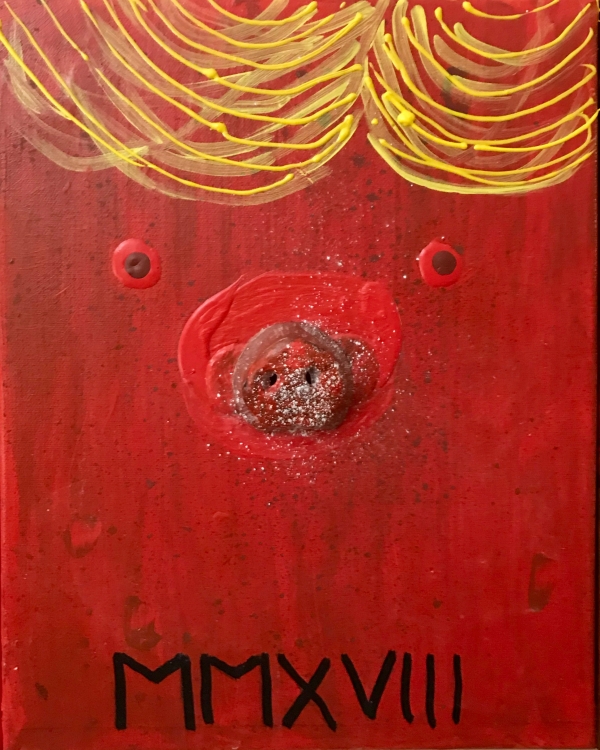 MMXVIII. Year 2 of the Surreality Show, and nearly three years have passed since he sold the Miss Universe pageant. But the misogyny universe continues. (That snorting could be oinking.) 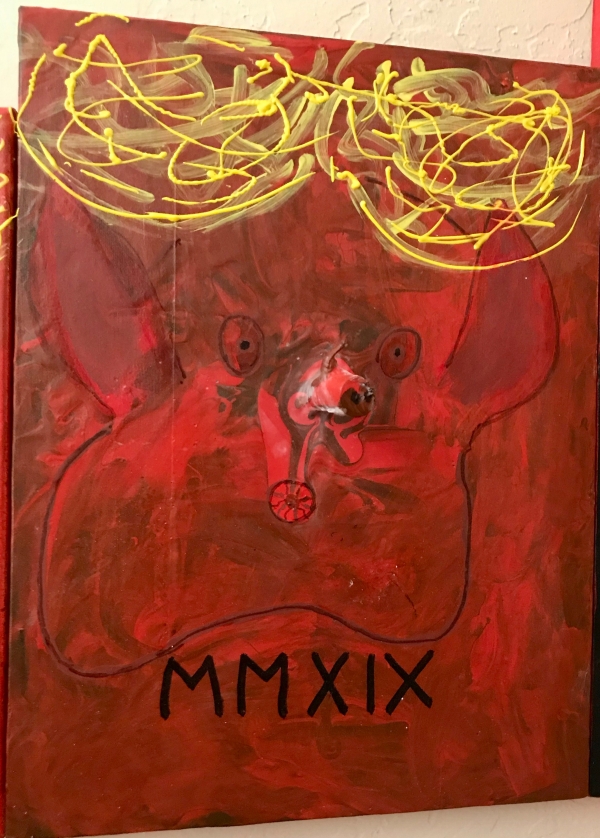 MMXIX: Going into year 4, The Hill and Washington Post have cataloged Master of Mendacity Pignoseio’s lies at at least 16,000 during the first three years of the reign of error:


MMXX: Zero fiddles while ’ron’ burns through the population. Singer/comedian Roy Zimmerman has the solution in the chorus of his ode to orange odium.


What art project have you done during our sheltered lives? If you have anything you’d like to share, please send it to [email protected]

PLEASE SHARE THIS INFO WITH ALL ARTISTS IN YOUR AREA...THANK YOU.

Report Objectionable Content
Posted by Cholo, a resident of another community,
on Jun 11, 2020 at 12:21 pm

Report Objectionable Content
Posted by Cholo, a resident of another community,
on Jun 25, 2020 at 9:36 am