Uploaded: Apr 12, 2022
Much has been written about the similarities between Russia’s current war in Ukraine and past aggressive behavior.

“We’ve been through this before folks and there are lessons to be learned,” physicist and Livermore resident Tom Ramos said, comparing the invasion of Ukraine today to the Berlin Crisis of 1961.

Not many people know about Livermore’s laboratory's role in preventing the Berlin Crisis from escalating into a nuclear war, but Ramos wrote the book on the subject … literally. 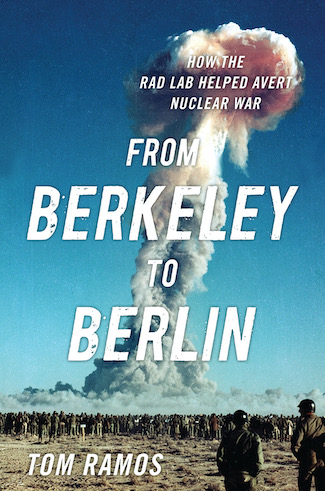 Ramos’ book, “From Berkeley to Berlin,” details the history of the nuclear weapons program of what is now known as the Lawrence Livermore National Laboratory and how a group of physicists in Livermore helped avert a nuclear war in the ‘60s.

Ramos will share the knowledge he garnered from years of research and interviews with weapons designers, as well as an unfathomable amount of time combing the lab’s archives, during a program entitled “How the Livermore Lab Helped Avert a Nuclear War” on Tuesday, April 19. The program is part of the Livermore Public Library and the Livermore Heritage Guild Then & Now: Livermore Stories, a free local history lecture series. 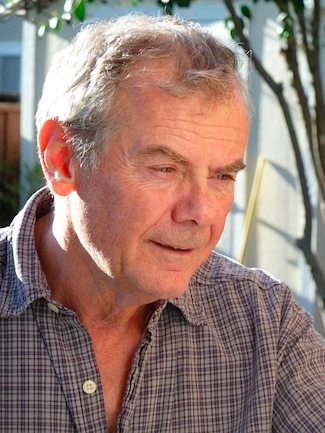 Ramos will discuss the creation of the Berkeley and Livermore Radiation Laboratories and tell the story of how the Livermore laboratory created a national defense strategy to deter the Soviets. President John F. Kennedy adopted this strategy in time to face Soviet Premier Nikita Khrushchev during the Berlin Crisis, in which the Soviet leader threatened to use nuclear weapons against the United States.

A brief and very elementary refresher on Cold War history might be beneficial here. At the end of World War II, Germany was divided into Soviet, American, British and French zones of occupation. Berlin technically fell in the Soviet zone but was also split, with the Soviets taking the eastern part of the city.

Khrushchev quickly became tired of this and wanted division of the city to end and for it to be completely under Soviet control. To this end, in June 1961, Khrushchev issued an ultimatum demanding the withdrawal of all armed forces from Berlin, including the U.S. armed forces in West Berlin, and threatened the use of nuclear weapons against the U.S.

Demands that the West withdraw from Berlin had been made during President Dwight D. Eisenhower’s term in office. In January 1961, just before JFK took office, Khrushchev again demanded the West end their “occupational regime” in West Berlin.

Within six months of taking office, Kennedy was put to the test.

“(Khrushchev) thought ‘now I can get your ass out of Berlin,’” Ramos said, adding Khrushchev gave Kennedy six months to get out of Berlin, “because the Red Army is coming in.”

“We had a Russian thug, Nikita Khrushchev, and Kennedy faced him down,” Ramos said, without weapons being fired or bloodshed.

What gave Kennedy and his administration confidence and wherewithal to stand up to a thug was a defense strategy and weapon created by a team known as the “Rad Lab physicists.”

Work on the Polaris nuclear warhead started in 1957 at what is now known as Lawrence Livermore National Laboratory by a team led by John Foster and Harold Brown. In addition to both men eventually being named director at LLNL, Foster served as Director, Defense Research and Engineering under four Secretaries of Defense and two Presidents and Brown was the United States Secretary of Defense from 1977 to 1981, under President Jimmy Carter.

“In the 1950s, Livermore became an epicenter of intellects and they came up with a strategic defense that Kennedy used,” Ramos said.

“These guys were camping out here in the Tri-Valley,” Ramos said of America’s most talented nuclear physicists who came to work at the Livermore lab. ”These are not bush league people. They were coming up with a strategy to get us through the Cold War.”

Ramos has an impressive, consequential history of his own. He created several programs in the 1990s that served the Defense Department. Most notable among them, having started with a $200K grant, was the Counterproliferation Analysis and Planning System (CAPS), which helped military operators with missions against facilities linked to a hostile country’s manufacturing weapons of mass destruction. CAPS was effectively used in several conflicts including Operations Enduring Freedom and Iraqi Freedom. The program grew into a $46M a year enterprise and was declared to be the Defense Department’s premier counterproliferation program by Secretary of Defense William Cohen.

Another significant program that Tom started was the Homeland Defense Operational Planning System (HOPS), a program like CAPS, but steered toward analyses to protect America’s critical infrastructure.

In the 1980s, Tom was a nuclear weapons designer in the LLNL X-Ray Laser Program, which supported the Strategic Defense Initiative, also referred to as “Star Wars.” President Ronald Reagan wanted a defensive weapon that would render nuclear weapons harmless should the Soviets decide to attack the U.S. One of the solutions was a space-based laser that could shoot down missiles.

Prior to joining the Laboratory, Tom was an associate professor of physics at West Point, New York, where he taught each of the physics department’s core courses, as well as electives in Quantum Mechanics and Nuclear Physics.

“Khrushchev tried to intimidate Kennedy,” Ramos said of the Soviets. “They underestimated him.”

Ramos will explain how the Polaris missile and national defense strategy created by a team of men in Livermore gave Kennedy the capability and confidence to stare down Khrushchev in 1961, how Kennedy was so grateful that he personally visited the team and shook the physicists’ hands and tell many stories of that time (like disclosing who the real “Dr. Strangelove” is and how an atomic bomb was driven to Novato in the back of a “woody” station wagon) at 7 p.m. April 19 via Zoom. No registration is required. The live program can be accessed here.

Summer 2018, I received call to visit LLNL to conduct an inspection on laboratory test equipment.

When I called LLNL contact to schedule day and time, I learned of site three hundred. Site three hundred is on seven thousand acres fifteen miles southeast of the LLNL site two hundred, which is on Vasco Road Livermore.

After phone introductions, I asked my contact if they would be blowing things up around there while I was on site. He said no, they will keep it quiet while I am on site.

Report Objectionable Content
Posted by Malcolm Hex, a resident of San Ramon,
on Apr 16, 2022 at 10:52 am
Malcolm Hex is a registered user.

In 1986, I worked as a wind plant operator for U.S. Windpower in the Altamont hills. I was responsible for operating the wind turbines, or “windmills."The site I was at bordered site 300. One night, one or turbines pitched a blade (blade flew off), and my partner and I went out to inspect it. What I remember about this incident is chilling.

Site 300 hundred was very active that night. I can't describe the noise, other than to say it was scattered, and usually ended with a deep boom. Not necessarily loud, but sharp and deep. Anyway, as we were about to head back to our office, a very unsettling thing occurred.

As I turned to walk back toward the company truck, what appeared to be a shockwave went through my body. It wasn't painful, but it's as if a bunch of energy came out of nowhere, and passed through my co-worker and I. There was no noise or gust of wind before, or after this happened. There was nothing “natural" about this. Of course, the first thing I thought about was whether or not I received a dose of radiation.

Many years later, I found out through a contractor that LLNL or Sandra, was working on directed energy weapons systems - which I was also told did not contain radiation at targets - much to my relief.

@ the person who wrote the article:

Kennedy did a masterful job handling the Cuban misleading crisis. However, his downfall was Vietnam. President Isenhower warned Kennedy not to send more “advisors" to Vietnam, or risk getting into a war. Kennedy refused Ike)s advice and the rest is history.

I only wish the current Disaster in Chief had the smarts to follow in the footsteps of Ike and Kennedy. Had Biden armed Ukraine earlier, the Ukrainians would have had a much better chance of defending themselves. Biden waited and now we have a disaster. Thank God the Ukraines are a tough minded bunch. But how long they can hold out is the question.


Report Objectionable Content
Posted by Michael Austin , a resident of Pleasanton Meadows,
on Apr 16, 2022 at 3:51 pm
Michael Austin is a registered user.

My visit to site 300 was a bumpy pickup truck ride up to the blast site from security parking near Corral Hollow Road. Elevation gain is 1750 feet ASL. It is a forty-five degree climb all the way.

Coming back down in the same bumpy pickup, there is a runaway vehicle ramp off to the right. My escort remarked, "it's been used".

I visit site 200 on Vasco Road several times year. Each visit to LLNL I am processed through a seventy-two-hour background check prior to my visit. Same with NASA in Mountain View. My background is probably the most checked background in the US.

How we eat away at our open space, even in Palo Alto
By Sherry Listgarten | 5 comments | 7,261 views