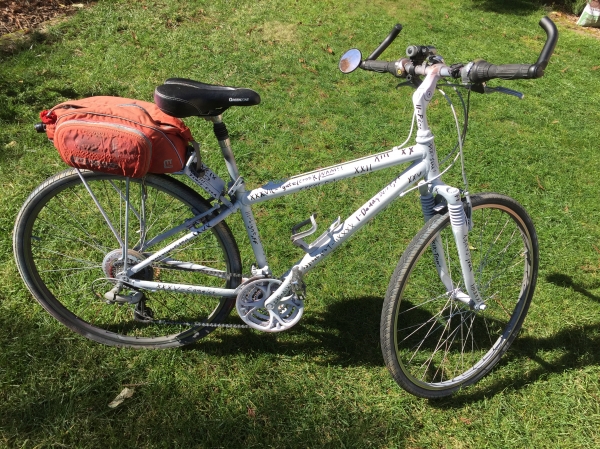 For the past year or so, I’ve been painting an old hybrid bike each month to symbolize or suggest that month. February is almost over, but in the second month of the year comes Presidents Day. So I painted the bike white and then covered it with roman numerals I-XXXV, for all chief execs from Washington to the present. Some numbers have annotations. E.g., I is Daddy Deist, FF (Founding Father.) I-V are listed as FF, with an additional Enlightenment for III. XXXV is Camelot; his successor gets Nam, and XXXV’s predecessor has Golf.

March is Women’s History Month. Almost time to get out the spray paint and markers and compile a list.