Masks or no masks?

Are you getting frustrated or confused by the health experts yet?

A recent order from the Bay Area health departments requires covering your face when you are infrequently out in public—doing essential tasks such as grocery shopping. This came after the Centers for Disease control and these same health officials earlier said masks wasn’t helpful or necessary. If wearing facial coverings is good public health policy in April, why wasn’t it in March?

I hope you’re enjoying your enforced social distancing and stay-at-home because health officials announced that it will continue in six Bay Area counties throughout the month of May. When I told my bride about it, it prompted a profanity in response. If you’ve followed the modeling—remember our governor said publicly that 25 million Californians would contract the virus. In hard-hit Italy, the number of cases today is nearing 200,000 and Italy is a country of 60 million people compared to California’s population of about 40 million.

What’s been frustrating is seeing just how badly the models have missed and wondering just how nasty the disease is. Two Stanford physicians, in separate articles, pointed out that it may not be anywhere near as dangerous to younger and middle-aged people without underlying health issues. 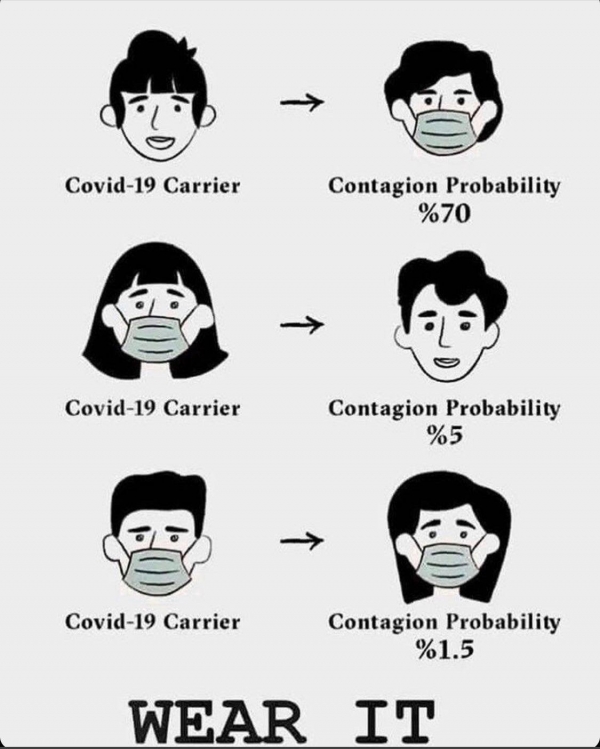 Writing an opinion piece in the New York Post, physician Scott W. Atlas from the Hoover Institution at Stanford wrote,” Multiple recent studies from Iceland, Germany, USC, Stanford and New York City all suggest that the fatality rate if infected is likely far lower than early estimates, perhaps under 0.1 to 0.4 percent, i.e., 10 to 40 times lower than estimates that motivated extreme isolation.
“In the Big Apple, with almost one-third of all US deaths, the rate of death for all people ages 18 to 45 is 0.01 percent, or 13 per 100,000 in the population, one-eightieth of the rate for people age 75 and over. For people under 18, the rate of death is zero per 100,000. Of Empire State fatalities, almost two-thirds were over 70 years of age. And regardless of age, if you don’t already have an underlying chronic condition, your chances of dying are small. Of 7,959 NYC COVID-19 deaths fully investigated for underlying conditions, 99.2 percent had an underlying illness.”
Another Stanford doctor, John Ioannidis, in an interview with Allysia Finley of the Wall Street Journal, found the same trend. He examined the Diamond Princess cruise ship that was docked in Oakland. There was 700 passengers and crew infected and nine died. Based on that, he wrote that the fatality rate could be as low as 0.025% or as high as 1 percent, similar to the seasonal flu.
The Finley article also pointed out that Stanford had done a study that estimated between 2.49% and 4.16% of the Santa Clara County population had been infected—50 to 85 times the number of confirmed cases and with a mortality rate similar to that on the cruise ship. A similar study was done in Southern California and found the virus is 28 to 55 times more prevalent in the population.
Atlas wrote, “…due to fear and the single-minded focus on COVID-19 regardless of cost, other people are dying. Critical medical care isn’t being provided. Millions of Americans have missed critical health care for fear of encountering the disease, and people are dying to make room for “potential” coronavirus patients.”
To prepare for potential hospital overcrowding, the governor banned elective procedures. That limitation was lifted last week, but not in time for Stanford Health Care (including ValleyCare) employees who will either have to take a 20 percent pay cut over the next 10 weeks (perhaps longer) or use paid-time-off.
Both Stanford physicians argued that those bans resulted in bad outcomes unrelated to the coronavirus. One ValleyCare emergency room physician told a friend that the ER was “like a morgue” it was so quiet in the first month of the shutdown. The Stanford letter announcing the pay cut noted that the traffic in the emergency room was down 40 percent.
Here’s hoping, as the physicians opined, that the cure isn’t more costly than the disease.