Town readies for return of 'hero' 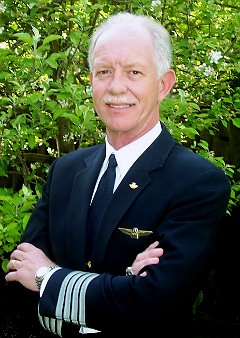 GOD WAS ON HIS SIDE. HE GUIDED HIM TO APPLY HIS WISDOM AND GREAT PILOT'S EXPERTISE TO PERFORM WHAT, I CONSIDER, AND WHAT IT HAS BEEN REFERRED TO AS A "MIRACLE ON THE HUDSON". MAY THE LORD BE ALWAYS ON HIS SIDE.

Captain Sully is not a hero...he did his job as should be expected.
But think about it...ditching his aircraft in the water may not have been necessary if he was at the controls in the first place, instead of the co-pilot.

I knew it was just a matter of time when a politician would find a way to politicize the heroism of US Air Captain Sullenberger. Like millions of Americans I tuned into Saturday's live television coverage of the Danville Hometown Ceremonies honoring their most famous resident, Captain Sullenberger. The Master of Ceremonies was Mayor Newell Arnerich a Democrat. The tragic accident occurred on January 18, 2009. President Bush while still our President called Captain Sullenberger to offer his congratulations. Yet, mysteriously there was no mention of President Bush in the Proclamation read by Mayor Arnerich. Curiously, there was the mention and inclusion of President Obama. The omission of President Bush was intentional and political. The Mayor and the City Council should be ashamed of themselves. To politicize this event is a disgrace and brings great shame on their town.

fyi todd steigerwald. was it necessary to be so unkind?

This guy summed it up quite nicely: