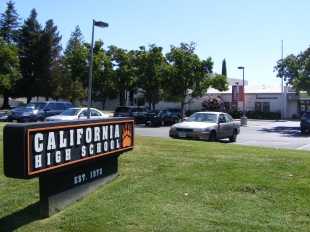 May God bless these children, the victim's families, and the family of the coach to be strong enough to deal with this horrible situation. I pray for you.

These emotionally stunted sexual predators sneak into all kinds of access to kids. It is highly unlikely that there are not those that suspected something going on but did nothing. The school district, unfortunately, will be paying out a huge settlement as they failed to have in place monitors that look into all staff that work with vulnerable kids. This is a simple fix, but it requires thinking outside the box and they have no box.

SRVUSD does ignore warnings. Most bullying complaints are ignored by the schools and the district. They tend to dismiss complaints, especially when the person doing the bullying is a child of a PTA President or a large donor. Go figure.

So true Sara. I have been witness to the child of a large donor who committed an expellable offense and only received one hour sitting in the school lobby. I did bring this to the attention of the school Principal and Superintendent.Nothing happened, although I have documented the incident for future use.

Tell Me More About University of California-Merced
By Elizabeth LaScala | 2 comments | 1,734 views