59-year-old admits to having about 50,000 illicit digital files, prosecutors say 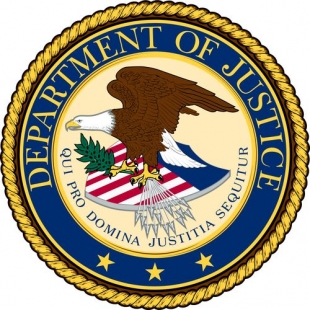 Information from the Bay City News Service was used in this report.

I hope he gets the maximum sentence and fine, and I hope the school district does a better job of protecting our children from pedophiles in the classroom.

Danville Mom, unless any of the employees (current or future) have had an arrest or conviction for anything...child pornography, drugs, alcohol issues, a background check and references are all that can be done. The SRVUSD cannot legally look through personal computers! If there are signs of any type, those should be reported and not swept under the rug. I believe that more parents should be concerned what their students are posting on social media, if everyone took a minute to look at postings and continually reinforce what is right and wrong it would give the pedophiles less to work with!

Dear concerned mom-
I agree that there is only so much a background check can do if there is no history of arrest.
However you are completely off your rocker if you are going to pass blame on students posting on social media! Please re-examine your logic that kids on social media are to blame for pedophiles and what they have to work with. You are mixing up apples and oranges in this comparison and the two have nothing to do with each other. They are two completely different issues and I am disgusted you would even suggest otherwise. If you have an issue with what kids post on social media that should be in a different conversation not included as part of why pedophiles do what they do. Please don't post such outrageous disgusting claims.

Dear Alarmed,
Where in the post was there a mention of blame?
The problem with reading a post is that you draw your own conclusions. I think that the mom is saying that maybe parents can look at their own kids' postings to see if there is any clue if something like that was going on. If there were more reporting by people who see concern, maybe more flags would be raised that would show up on background checks and references. A simple Facebook search can see if a grown adult is friends and communicates with a majority of young people.
The problem is that we do not know who is looking at what, and there are children that post things online that maybe should not be there. I have seen teens post things that would get them in trouble for pornographic distribution.
To say that you are "disgusted" without asking for further explanation, is not appropriate.

Report Objectionable Content
Email Town Square Moderator
7 people like this
Posted by Disgusted
a resident of Alamo
on Jul 10, 2015 at 1:25 pm

I think I read in the original newsbreak that he has a family, how sad for them if so. What the school district needs is to not have a teacher's union protecting creeps like this. I saw many comments on a previous news story that were from students & parents who had expressed a bad feeling about him and other more specific things that I can't recall exactly, but it would be nice if the district could actually act on those complaints.

Report Objectionable Content
Email Town Square Moderator
4 people like this
Posted by Amber E.
a resident of Alamo
on Jul 10, 2015 at 6:38 pm

Where do you get your information? Or do you just make stuff up? The union did not protect this teacher, where are you getting this information? You have none and are misinformed. He was put on leave and then retired on June 12th, his legal right to retire. In addition, there were only comments, not complaints against him when the initial report came out. How can the district act on comments on a website when the man was in jail? Get your facts straight.

It doesn't matter, what he did was wrong and disgusting and now he will pay the ultimate price.

So, peck away and then go hide Disgusted.

Amber E - any idea whether this individual will be receiving retirement benefits from the district?

He will get retirement benefits. He retired June 12th and then plead guilty. You can't take a persons retirement simply because they committed a crime. If that were true, we would have a lot of poor criminals in this world.