Danville police have yet to complete their investigation 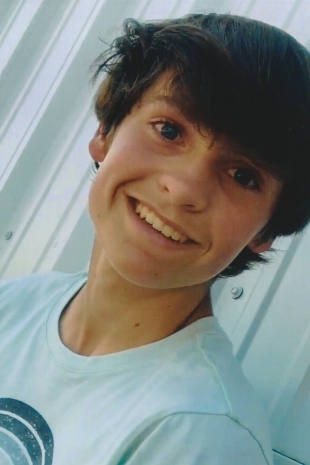 My thoughts and prayers are with the family and friends at this very difficult time. May he forever live on in your hearts.

This was declared an accident. I don't think anyone wants to intentionally drown. RIP little one and prayers go out to the family.

My prayers go out to these parents, who are grieving in a way no parent should have to endure.

Report Objectionable Content
Email Town Square Moderator
18 people like this
Posted by Mrsz2
a resident of Danville
on Jun 8, 2018 at 6:50 am

My heart goes out to this family who suffered a loss no one should have to endure. It was compounded by rumors of suicide which were unfounded. It is my belief that the responsibility lies with the school. Putting rumors of bullying aside which are a whole different matter, lets look at the day of the drowning. The cameras didn’t show the child existing the pool. Why didn’t the PE teacher do a head count at the end of the class to make sure everyone was accounted for? I am well aware of the day to day operations at SRVHS as three of my children graduated from that school. We received a newsletter outlining the safety changes that will be made in the upcoming year. What about someone taking responsibility for what occurred? It will not bring this lost child back but unless someone is held accountable, a tragedy like this is bound to happen again. There need to be consequences for those directly and indirectly responsible. Not to be vindictive but to protect our children.

Report Objectionable Content
Email Town Square Moderator
16 people like this
Posted by Danville Mom
a resident of Danville
on Jun 8, 2018 at 7:41 am

I don't think that it's appropriate for this very tragic and sensitive story should be presented on this formst open to comments and suggest it is removed. Blessings.

Report Objectionable Content
Email Town Square Moderator
8 people like this
Posted by Marie
a resident of Danville
on Jun 8, 2018 at 12:48 pm

I am so tired of the liberal left trying to prevent free speech or demean people who have different opinions. Let’s all remember not everyone is perfectly articulate, I certainly am not. Sometimes honesty in the moment can seem harsh. Seth is speaking from his own experience, no one has the right to demean him for that! Come on SRVUSD parents, we are better than this!

This community needs to come together. Showing your face at a memorial is not good enough. Accept people for who they are and their differences. Stop hating on people who are different. I just recently saw a nice looking woman, unfortunately, she walked to her car that had a sign that read “he is not my president”. Looks can be deceiving, haters are everywhere. Let’s change and be good role models for our children.

Someone above commented there should have been a head count leaving the pool, I believe this would have prevented this tragedy. I do not know Ben nor his family, and cannot imagine what they are going through. I have spoken to several freshman who were Ben’s friends. Let’s not forget about them. God bless Ben, his family, his friends, and everyone in the San Ramon Valley.

Report Objectionable Content
Email Town Square Moderator
3 people like this
Posted by Scott Hale
a resident of San Ramon
on Jun 8, 2018 at 7:33 pm

Scott Hale is a registered user.


Seth: you are entitled to your fringe opinions even when there is no evidence to back up your claims. Pretty sure not ALL teen or younger tragedys are due to prescription medication. Also, teachers don't 'constantly' tell anybody anything as you describe. You would do well to do a lot more research before launching your opinions.

Hopefully, as literate as you are, you don't take this also as an attack.

Report Objectionable Content
Email Town Square Moderator
3 people like this
Posted by A mother
a resident of Blackhawk
on Jun 15, 2018 at 6:14 pm

I have had similar experiences to what Seth has described. I agree with Seth and I simultaneously feel the excrutiating pain this family is going through. God Bless this family and their darling, beloved son.

Report Objectionable Content
Email Town Square Moderator
2 people like this
Posted by Lincoln
a resident of Danville
on Jun 18, 2018 at 9:09 am

When will the school district step up and provide some reassurance to the community (parents, students) that they are taking steps to make sure that a tragedy like this never happens again? They have been silent so far. Are they hoping that people will just forget? Irresponsible.

Report Objectionable Content
Email Town Square Moderator
4 people like this
Posted by Danville mom
a resident of Danville
on Jun 18, 2018 at 5:39 pm

Seth -
Since you don't seem to understand why you are being attacked, let me explain. Your comments are rude and insensitive because regardless of your intent, the placement and content of your story implies that you think the parents could have prevented the worst day of their lives if they just had more "guts" like you have. And what parent would say that to another parent?? That's beyond mean.

Also, if you read the story, it said that drugs DID NOT play a part in his death. Furthermore, anti-depressants are completely different than ritalin, and likely recommended by a doctor, not a teacher, so your comments, on top of being rude and insensitive, aren't even applicable to the story.

I'm sure your story was intended to positively encourage parents to stand up to people wanting to medicate their children, but this is the wrong place to do that without being considered rude and insensitive.

Report Objectionable Content
Email Town Square Moderator
4 people like this
Posted by Danville Mom
a resident of Danville
on Jun 20, 2018 at 9:08 am

I just looked at this post and saw a comment made by someone else calling her Danville mom. Whereas I obviously have no "legal" claim to the name, I find it ironic that she posted her arguementative post after my post of basically stating the inappropriate nature of these comments should come to an end.
Danville Express, I implore you to please consider removing this entire post due to its very sensitive nature.
Thank you.

The Art of Bill DiMichele: Cross Section of a Moment
By John A. Barry and Bill Carmel | 0 comments | 99 views