San Ramon council, mayoral candidates air it all out at election forum 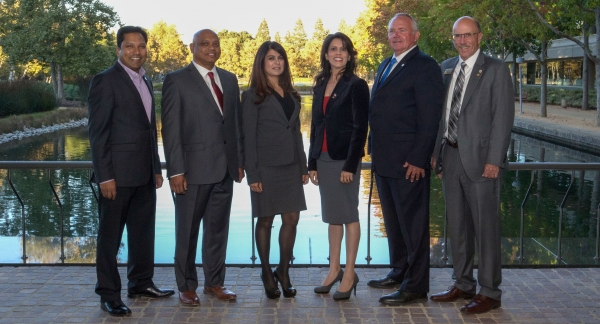 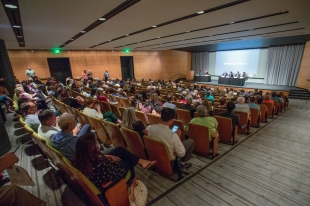 Approximately 200 people attended the event to ask questions and listen to candidates advocate their positions. (Photo by Mike Sedlak)

I would like to start by thanking all the candidates for their participation and their willingness to serve. This is time consuming, and not at all simple. As a long term resident, I appreciate that you all are willing to listen, serve and put the community first.

Yesterday was national "register to vote day". I hope everyone takes the time to educate themselves on this race and others on the ballot and casts their vote. As a fellow candidate for local office (Dublin San Ramon Services District), I spend my time knocking on doors and talking about water and sewer service in San Ramon and Dublin. The quality of DSRSD services and water issues such as Prop 3 were not discussed at the forum, but remain relevant. If anyone has questions about these down ballot issues, please contact me. As stated in the article, we all believe that outreach to the community is important. Let your voice be heard.

Again - thank you San Ramon City Council and Mayor candidates for your time and dedication. To the forum organizers - your effort is greatly appreciated.

OK, my big concerns are traffic and cycling. Under the current leadership traffic flow has been poorly developed and managed. Bollinger Canyon has become a virtual freeway with speed limits increasing every few years yet active enforcement is virtually non-existent.

Both Dublin and Danville have been very proactive with their promotion of cycle safety installing green share-the-road markings as well as clearly marked green cycle lanes. This promotes cycling and cycle safety and the city plays a major role by setting the tone. We now have a new City Center coming and there is basically no safe way for most of San Ramon to cycle there. Arguably San Ramon has become one of the least safe cities to cycle in.

I am now ready to give new leadership a chance to control the traffic and promote safe and effective cycling in our wonderful bedroom community.

Report Objectionable Content
Email Town Square Moderator
1 person likes this
Posted by Tamas
a resident of San Ramon
on Sep 26, 2018 at 8:46 am

I look forward to the link (of recorded forum).
Thanks

Thanks for providing such a clearly written report on the event. It helped me understand the issues and the ideas of the candidates.

Report Objectionable Content
Email Town Square Moderator
3 people like this
Posted by Sabina Zafar
a resident of San Ramon
on Sep 26, 2018 at 10:51 pm

Ryan - thank you for covering the event so well and giving all the candidates an opportunity to present at a public forum.

Residents can read more about my forum at Web Link to read my priorities or follow me on Facebook /sabinaforsanramon to learn about my campaign.

Report Objectionable Content
Email Town Square Moderator
8 people like this
Posted by BM
a resident of San Ramon
on Sep 27, 2018 at 1:21 pm

Clarkson was poised and prepared for his questions and his statements were clear and precise. I also appreciated his stance on not publicly stating his intent regarding rezoning. To me, Mayor Clarkson proved that he has the integrity to hold public office and will not be persuaded to make decisions without hearing the public's concerns- All of them.

Sethy didn't strike me as someone with any political background. He's a business guy who thinks he has good ideas for change but failed to provide any substantive info on how he plans to change San Ramon or how he's going to "protect" city land. quite simply, I believe Mr. Sethy is way out of his league running for public office. He has ZERO experience as a public official and no plans for what he wants to do as Mayor. He claims to be the voice of his neighbors yet he was awfully quiet on stage Monday night...Clarkson spoke from years of experience, Sethy barley said anything to support his candidacy for Mayor.


Report Objectionable Content
Email Town Square Moderator
8 people like this
Posted by Amit
a resident of San Ramon
on Sep 27, 2018 at 5:32 pm

I am going all out in support of Sanat and already signed up on his site Web Link to agree to put a sign on my front yard. I will also put in time and energy in his support

Report Objectionable Content
Email Town Square Moderator
6 people like this
Posted by Lena
a resident of San Ramon
on Sep 28, 2018 at 10:00 am

I want to thank you all the candidates for their participation at the debate. I personally can not vote for candidates that have no opinion. Candidates are running to represent the residents of the city. They are not there to have no opinion. I want someone that supports the San Ramon ordinances and is not ashamed to say I support current ordinances.

Experience goes both ways - it can be desirable or it can be a hindering. If you repeat the same action but keep expecting a different result that would be bad insight and judgement. Many great steps in technology and government are founded on new ideas, desire for change, and not same old repetitive experience.

Clarkson read from precrafted and planned statements. There was no connection for me, I do not need to be read to, I need to actually know what you think. Sanat spoke about new and refreshing ideas.

I want change, not to be told “everything going great here, don’t worry.” This is a job interview.

Report Objectionable Content
Email Town Square Moderator
32 people like this
Posted by Resident
a resident of San Ramon
on Oct 2, 2018 at 6:26 pm

Clarkson is a realtor first & foremost. He has a track record of supporting development & politely & amiably ignoring input from residents. As a resident for over 20 years, we definitely do not need another term with Clarkson in the mayor's position. Or maybe you just like being fooled.

My candidate will clearly state they are for a reduction in new construction, including no rezoning of golf course to hotel, or golf course to new homes. We are running out of open space. The new homes being build obstruct the view from Gail Ranch. I cannot believe they allowed 3 story homes across from Gail Ranch. Very unfortunate.. San Ramon is starting to look stacked up like Dublin.

How to Make General Education Requirements Work for You!
By Elizabeth LaScala | 14 comments | 1,082 views