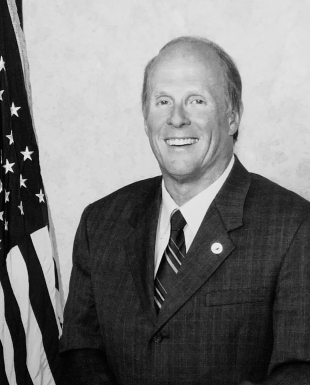 Jim Livingstone was known as a longtime public servant of San Ramon and the founder of the city's Rotary Club. (photo courtesy City of San Ramon)

Longtime San Ramon City Councilman Jim Livingstone, known for his decades of commitment as a public servant in San Ramon, the founder of Pioneer Auto and a founding member of the city's Rotary Club, died Aug. 2 at the age of 76.

"Jim Livingstone was an exceptional man; a successful business owner, a long-term Rotarian and community volunteer, and was a prominent civic leader, serving several terms as a Planning Commissioner and a City Councilmember,” said Mayor Bill Clarkson. “His presence and thoughtful judgment will be missed."

Known as an early advocate for the needs of San Ramon residents, Livingstone was a part of the San Ramon incorporation effort, which came to fruition in 1983.

After the city’s incorporation, Livingstone served the city in a variety of ways but first joined the city's leadership in November 2001 when he was appointed to the City Council. He was reappointed in January 2002, was elected in 2005 and then served in that capacity until he retired from public service in 2013. During his time on the council he served as vice mayor three times from 2004 to 2005, 2007 to 2008 and 2011 to 2012.

He also served on the San Ramon Planning Commission from July 1994 until June 2002.

“I’ve been sitting on council for 22 years. Jim was the best Councilmember we ever had,” said Councilmember Dave Hudson, who served with Livingstone during his time on the council.

While with the city, Livingstone served on a number of vital committees and commission that helped govern the city. As a city leader he served on the city’s Finance Committee -- including two tenures as Chair -- served as Council Liaison to the Arts, Economic Development, Transportation and Senior Citizens Advisory Committees; the Arts Foundation; the Community Emergency Response Team; the Tri-Valley Affordable Housing Committee; and to the San Ramon Valley Unified School District.

While serving in these capacities, city officials highlighted the multitude of accomplishments Livingstone achieved and city shaping decision he helped make including the initiation of the San Ramon Police Department (July 2007); the addition of numerous parks; creation of the San Ramon Farmers’ Market; the opening of popular facilities in the Dougherty Valley such as the Performing Arts Center, Aquatic Center, Dougherty Station Community Center and the Dougherty Valley Service Center; and the restoration of the David Glass House.

As a proponent for senior housing, Livingstone served as a member of the local Redevelopment Agency which provided $5.5 million to 105 units of affordable senior housing at Valley Vista Senior Housing, next to Forest Home Farms.

In recognition of his more than 18 years of service to the city of San Ramon, when leaving office in 2013 the City Council issued a proclamation recognizing Livingstone’s commitment and dedication to the city. The proclamation said Livingstone “contributed significantly in the review and approval of a variety of office, commercial and residential projects which, because of his understanding of sound community planning practices, enhance the economic viability and quality of life for the citizens of San Ramon.”

The former City Council member is survived by his wife Ann and his three children Kathleen, Douglas and Naomi, according to city of San Ramon officials.

The Livingstone family will be hosting a celebration of life ceremony on Sept. 17, from noon to 3 p.m. at Crow Canyon Country Club, 711 Silver Lake Dr., Danville. In lieu of flowers the family is encouraging individuals to make donations to the National Multiple Sclerosis Society or other charities.

Anyone wishing to send condolences can mail or drop off messages at the San Ramon City Manager’s Office, 7000 Bollinger Canyon Road.

Rest in Peace Jim Livingstone. Thank you for your years of service helping build San Ramon into the safe and prosperous community we all enjoy.

I was misquoted. It should have read, "He was by far the best council member San Ramon has ever had". They don't get any better than Jim.

we are shaken by the news of Jim's passing. He has been a good friend for 20 years. We had moved 2 yrs ago and hadn't kept in good touch, but saw him recently. He seemed to be in good health and spirits. We've lost another good one. RIP Jim.

The Impact of COVID-19 on Our High School Juniors and Seniors
By Elizabeth LaScala | 0 comments | 2,327 views

The first few seconds after awakening; before I remember the virus
By Chandrama Anderson | 0 comments | 1,314 views