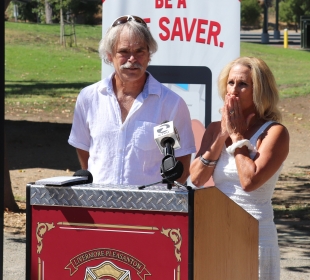 Albert and Trish Hart thanked their rescuers, who allowed them to spend their 28th anniversary together. (photo by Ryan J. Degan)

Tell Me More About University of California-Merced
By Elizabeth LaScala | 2 comments | 1,733 views