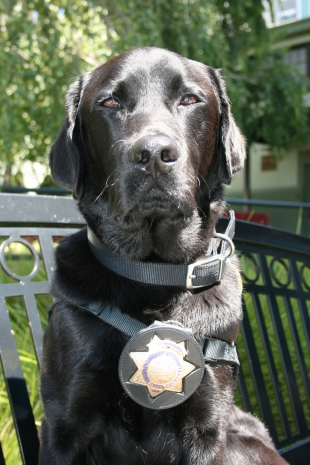 “Bear” is a highly trained facility dog who works with victims and witnesses by providing emotional support during an investigation. (Photo courtesy The Contra Costa County District Attorney’s Office)

Tell Me More About University of California-Merced
By Elizabeth LaScala | 2 comments | 1,738 views