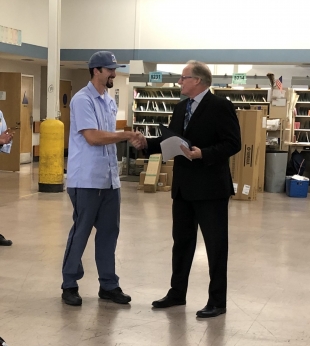 USPS carrier Robert Doppler was honored during a ceremony in San Ramon on Wednesday, for helping save the life of an 81-year-old woman. (Photo courtesy USPS)

Way to go! I'm glad he was recognized for his kind effort and also to the UPS driver who assisted.