by Pleasanton Weekly editorial board 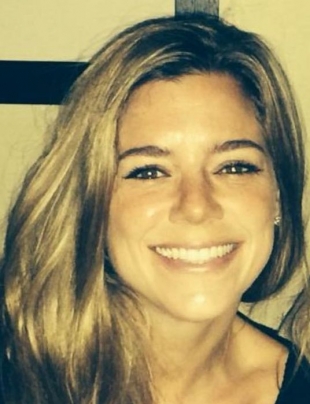 Pleasanton native Kate Steinle died after being shot on Pier 14 in San Francisco on July 1, 2015. Her case is among the most disturbing miscarriages of justice, from top to bottom, for Pleasanton in the nearly two decades that the Weekly has been in publication, writes the Weekly's editorial board. (Contributed photo)

Editor's note: We would also like to praise the quality reporting provided by Bay City News Service, on which we have relied for many of the out-of-area trial coverage and court updates from this case. Without their strong, continued reporting, this small local newspaper could not have covered the Steinle case as well.

Clearly criminal law is not the expertise of this editorial writer and the extrapolation beyond the known facts and evidence to lay blame on an individual does not serve any us well.

The death of Kate Steinle is a tragedy and the lack of a clearly responsible party is frustrating, but the logical flaws abound in this editorial. Criminal cases must be proven beyond a reasonable doubt - not just because we need to blame someone to blame for a tragic death.

First, unless your experience is limited to TV crime shows, there are plenty of felonies that have nothing to do with weapons including drug charges. Having a prior felony history does not automatically convey familiarity with guns. Mr. Zarate's prior felony conviction was for sale and possession of marijuana.

Statistical evidence shows that the crime rate among illegal aliens is lower than among citizens so this fact is also irrelevant. Given the situation, a citizen could've just as easily been the person to pick up this weapon and accidentally discharged it before recognizing what it was.

Whether the process played out as described by Mr. Zarate is something nobody will every know for sure, but the fact that the bullet hit the ground between 12-15 feet away from Mr. Zarate and ricocheted off the pavement traveling another 78 feet before striking Ms. Steinle is strongly suggestive that it was either unintentional or horribly bad aim.

The weapon, a Sig Sauer, was found in single action mode, a relatively less safe condition that is far more prone to accidental discharge.

You did correctly describe the culpability of the BLM ranger who did not properly secure his weapon. He did not intend for anyone to die, but failure to treat his service weapon properly created the conditions for this accident to happen.

Sadly, bad things do sometimes happen to good people. The fact that the law does not allow you to punish an individual for this accident is testament to this sad reality and the value of a criminal justice system administered by your fellow citizens who clearly spent more time review the evidence than you did.

It was a total shame, that justice was not served, and a life was lost. The criminal should have been prosecuted at the Federal level, because California has lost Any, and ALL credibility in upholding the law, when it at least comes to the Topic of illegal immigrants and crime.

Report Objectionable Content
Email Town Square Moderator
20 people like this
Posted by Malcolm Hex
a resident of San Ramon
on Jan 17, 2020 at 8:47 am

“...is strongly suggestive that it was either unintentional or horribly bad aim. ”

Kate Steinle died at the hands of the defendant. Unfortunately, Geek is using the same liberal line that the the gun killed Kate Steinle.

Report Objectionable Content
Email Town Square Moderator
20 people like this
Posted by Nick
a resident of San Ramon
on Jan 17, 2020 at 11:02 am

She did not receive justice, and it's because liberals are more concerned about the "feelings" of criminals then justice for the victims. I'm sick of liberals coddling illegal aliens. It's PATHETIC.

Report Objectionable Content
Email Town Square Moderator
1 person likes this
Posted by Malcolm Hex
a resident of San Ramon
on Jan 18, 2020 at 9:08 am

Report Objectionable Content
Email Town Square Moderator
10 people like this
Posted by Resident
a resident of San Ramon
on Jan 18, 2020 at 3:45 pm

Kate Steinle's death is a profound tragedy. Clearly she did not receive justice.

My condolences to Kate's family.