Mulling over Measure M in Pleasanton 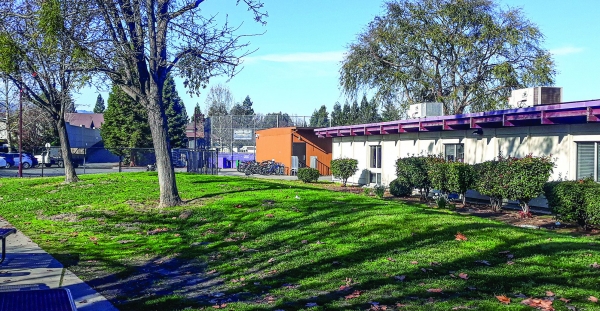 A new science building could be built on this grassy spot at Amador Valley High, with funding from the 2016 Measure I1 bond. (Photo by Julia Baum) 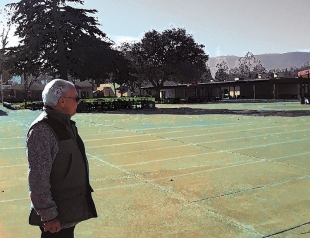 School Board President Steve Maher leads a tour of facilities needs at Amador Valley High School ahead of the Measure M election. Improvements to the school's gym, theater, science labs and general building repairs could be among the projects funded by the new bond, if passed by voters on March 3. (Photo by Julia Baum/Illustrative design by Rosanna Kuruppu)

Schools are outdated. If we all really believe in "climate change" we should do away with the foot print of schools (buildings) and everything should be done via video. Heck, lets have robots teach our children across video. Parents pay for the courses the children need. And the rest of us can have freedom and relief from the "property tax" bill.

And, in case you think this is crazy, how much time do your children spend on their PC's now and how much time in front of a television, video games?