Appointee to fill remainder of unexpired term until 2022 election 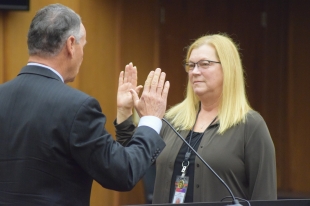 The Art of Bill DiMichele: Cross Section of a Moment
By John A. Barry and Bill Carmel | 2 comments | 693 views