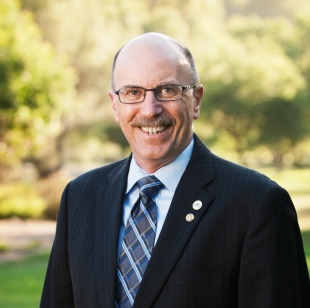 San Ramon Mayor Bill Clarkson will once again be offering the residents a casual opportunity to talk about the pressing issues facing the community while sharing a cup of coffee or stack of pancakes, when the monthly Mayor’s Breakfast series returns on Friday.

An ongoing series typically held on the last Friday of each month, at the breakfast event Clarkson will meet with members of the community to talk about a variety of issues alongside a guest -- with February’s special guest set to be San Ramon Police Chief Craig Stevens.

“Chief Stevens will join us to discuss some of the many accomplishments of our outstanding Police Department. As many of you know, San Ramon is regularly ranked as one of the safest cities in the Bay Area, state and nation,” Clarkson said in an email to residents. “Chief Stevens will share some of the reasons why as well as some steps we can all take to protect ourselves and help prevent crime.”

Stevens recently meet with city officials to give the SRPD’s annual report on crime and law enforcement during the City Council’s regular meeting on Tuesday, during which time he noted the rising rates of non-violent crimes such as theft in the region, as well as the SRPD’s growing need for additional officers.

Residents are welcome to ask questions and talk with both Mayor Clarkson and Chief Stevens Friday from 7:30-8:30 a.m. at the usual place, Clementine’s Restaurant, 18070 San Ramon Valley Blvd.

While attendees are welcome to purchase food and drink, it is not mandatory in order to join in on the conversation. The event is free to attend and does not require a reservation.

Members of the community who wish to speak with the mayor but are unable to attend the breakfast, can visit Clarkson during his regular office hours, which are held every Tuesday from 9-11:30 a.m. and 1-4 p.m. at City Hall, 6000 Bollinger Canyon Road. Residents can also make an appointment by calling Karen Smith at 973-2532.

Repairing a Disagreement with your Beloved & “Physical” vs. “Social” Distancing
By Chandrama Anderson | 2 comments | 2,593 views

Visual Games During Shelter-in-Place
By John A. Barry and Bill Carmel | 1 comment | 235 views