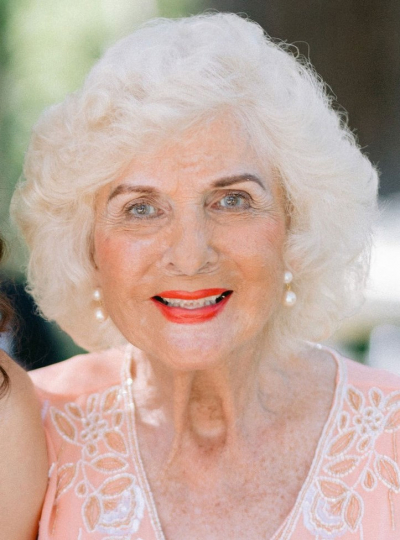 Aimee Ann Vickers passed away peacefully, after time surrounded by her family, early in the morning of August 19. She was vibrant, alert and beautiful up to her last day which is one of the many gifts she gave her family and community.

Aimee was the fifth child and only girl in her family, born in Indonesia of Dutch ancestry in 1932. She immigrated to the United States from Holland with her husband and her sons’ father in the early 1960s and spent many years in Palo Alto. She moved to Pleasanton in the late 1990s to help raise her grandchildren and became “Oma” to a generation of Pleasantonians who loved her.

Aimee was always active in the community. She served as a crossing guard for many years in Pleasanton and Dublin. She was a member of the choirs at Valley Community Church and St. Philips Church in Dublin. She also sang with the Broadway Chorus through Tri-Valley Repertory Theatre. She loved her Red Hat Society ladies and never missed a Red Hat gathering.

Photo Gallery
0 photos Upload a photo
Remembrances
0 entries Submit a remembrance
Memorial service
A private family celebration of life will be held.
Make a donation
In lieu of flowers, please consider a donation to the Tri-Valley Repertory Theater in honor of Aimee Ann Vickers at www.trivalleyrep.org.
About this site     Contact us