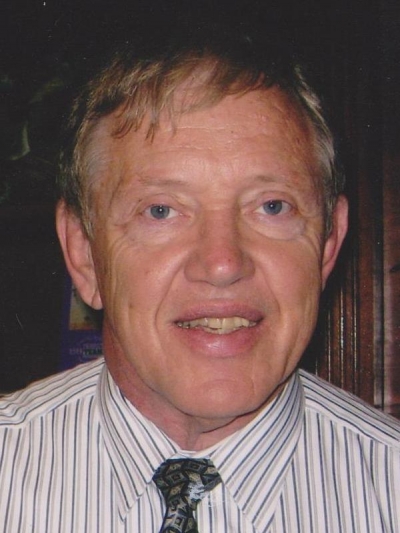 Alan Godfrey Hugunin, 70, passed away suddenly and unexpectedly on Wednesday, June 10, 2015 at his home in Pleasanton, CA. He was born on April 22, 1945, in Janesville, WI, to Roy John and Eva Godfrey Hugunin.

Alan grew up on the family farm in Janesville, WI. He graduated Janesville Senior High School where he was the captain of the football team and won many horse pulling competitions. Alan attended the University of Wisconsin and received a BS, an MS, and a PhD in Agricultural and Food Science. While attending the University, he would meet and marry his wife, Jo Anne Merwin in Madison, WI in 1967. Alan served in the Army at Walter Reed Army Institute of Research.

In 1975, Alan and Jo Anne moved to Pleasanton, CA. He attended the University of California, Berkeley and received an MBA. Alan worked for several companies throughout his career in various executive roles; specializing in food technology and technical services. Alan eventually started his successful consulting business, Hugunin & Associates; serving clients throughout the world, especially in Asia and Latin America. He would finish his career working for Cargill, Inc. Alan enjoyed travel, sports, reading, animals, and work. For many years, he volunteered his time as a youth league soccer coach and referee.

Photo Gallery
0 photos Upload a photo
Remembrances
0 entries Submit a remembrance
Memorial service
A funeral service will be held on Saturday, June 27, 2015, with visitation at 10 a.m. and service at 10:30 a.m. at Graham-Hitch Mortuary, 4167 First St., Pleasanton, CA. (925) 846-5624. A Celebration of Life will occur immediately after the service from 11:30 a.m.-4 p.m. in the outdoor patio at Handles Gastropub (located in the old Pleasanton Hotel), 855 Main St., Pleasanton, CA. (925) 399-6690.
Make a donation
If you would like to make a charitable donation in Alan's name, we have chosen the Autism Research Institute. Donations can be made online via: https://www.autismdonations.com or by mail: Autism Research Institute, 4182 Adams Ave., San Diego, CA 92116
About this site     Contact us