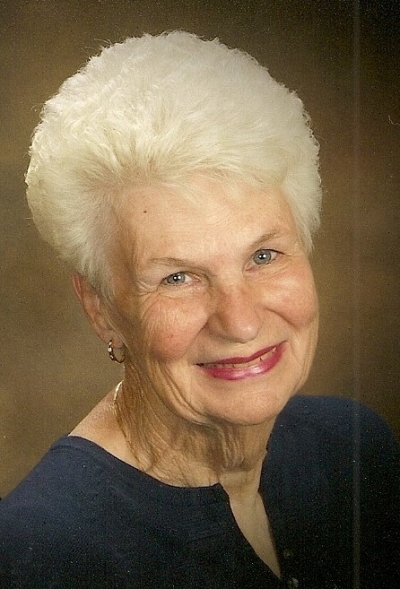 Anna Maye (Hein) Evanson, born July 21, 1935, left this world for a better place on Monday, February 3, 2020 to be reunited with her husband of almost 60 years and love of her life - John David Evanson. Ann passed away peacefully at the age of 84 in her home in El Dorado Hills surrounded by her daughters.

Ann grew up in Lake Stevens, Washington with her parents, John Elden Hein and Katherine Koestlin, and two brothers. She was active in her community, attended Lake Stevens Jr. College where she studied to be a dental hygienist, and even served as an Air Spotter during World War II. Ann first met John when she was 13 years old and fell in love. Being seven years her senior, John considered it only a teenage crush, however, after serving in the Marines, being drafted into the Army and spending a tour in Korea, John returned home to ask Ann, now 21, for her hand in marriage. They were inseparable and their love, honor and care for one another was a gift and legacy to their family.

Ann will always be remembered for her passion for family, friends, food and fun. She had a heart of service, deeply cared for people and was never shy about showing off her spunky sense of humor. Ann and John purchased their home in Pleasanton in 1969, raised their family and planted deep roots in the community. Ann and John were some of the first members of Trinity Lutheran Church and faithfully served the church body until John’s death in 2016. As a member of the church social committee, Ann was known for serving up lefse parties (all good Norwegians say ”Uff Da!”), smorgasbords, and strawberry socials. Ann was also an auxiliary member and active volunteer for many years at Valley Care Hospital. Even after having to move away from her beloved home and community in Pleasanton, Ann continued to reach out to new neighbors, friends and caregivers with her welcoming personality. She will be truly missed by many.

Ann is survived by her daughters, Cathy Hirata, Teri Becker (James), and Jan Ibarra, as well as seven grandchildren - Lindy (Ranfie), Evan, Ben (Chelsea), Jason, Danielle, Ethan, Matthew and two great granddaughters – Carly and Hannah Patricia Ann. Ann is interred alongside her husband, John, in the Wall of Valor, Chapel of the Chimes in Hayward. A private celebration of life will be held this summer in her honor – friends of the family are welcome to contact the daughters for details.