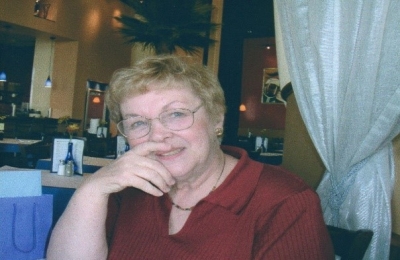 Anne Marie Tadlock passed away on Saturday, May 4, 2019 at Sunol Creek Memory Care in Pleasanton, CA at the age of 78.

Anne Marie was born on April 21, 1941 to Doris and Vincent Lariviere of Southbridge Massachusetts. She was a 1959 graduate of Notre Dame High School.

At the age of 19, she moved out west to San Francisco to pursue a career as a flight attendant. However, that never materialized, and she began to work for Standard Oil as a secretary. It was there she met, and later on, married Thomas Earl Tadlock. They both lived in various bay area cities, before finally settling down in Pleasanton, CA. After the birth of her two children, Anne Marie became a homemaker and enjoyed sewing and making crafts. She was a devoted wife and mother. She enjoyed spending time with friends and family and traveling to New England every October to visit family and enjoying the fall foliage. Her hobbies included gardening and watching TV, especially her soap opera “The Young and the Restless”, various shows on HGTV, and watching A’s, Warriors and 49er games. She will be greatly missed.

She is survived by her son Steven Tadlock, daughter Cheryl Bethe, son-in-law John Bethe, sister Janice Jenkinson and two brothers, Ronald and Gerald Lariviere. She is preceded in death by her husband Thomas Tadlock and parents, Doris and Vincent Lariviere.

A gravesite service was held at Monument Hill Memorial Park, in Woodland, CA on May 9. In lieu of flowers, the family requests donations to be made to the American Heart Association or to Hope Hospice.