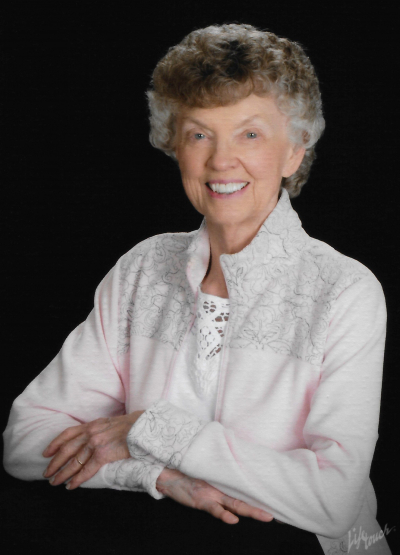 Barbara Hempill was born in Chicago, Illinois, on July 22, 1931. She was the lovingly welcomed daughter of George and Robena Kurth. Because Robena had Parkinson’s Disease, Barbara learned to be independent, caring, and responsible at an early age. Love of God, family, friends and music played a central role throughout Barbara’s life. She learned to play the piano, and began singing in the church choir when she was 16. At 18 Barbara started teaching Sunday school and at 22 she became a Girl Scout leader.

On January 31, 1953, Barbara married Hugh Hempill at the First Presbyterian Church in Chicago. In 1957 Barbara retired from her job as secretary to the controller of The Reuben H. Donnelley Corporation to stay home and raise a family. By that time she and Hugh had purchased a home on the far southwest side of Chicago. They welcomed their first child, John, later that year. He was followed by Thomas in 1959 and Jeanne in 1963. Shortly after Jeanne was born, the family moved to Homewood, Illinois, where Barbara continued to sing in the church choir as well as teach and superintend the Sunday school. She also attended courses at the community college, was a Cub Scout den mother, and served as treasurer for the Little League Auxiliary.

In 1971 Hugh accepted a job in Livermore, CA, and the family moved to Pleasanton, CA. Barbara attended classes at Cal State East Bay and graduated in 1976 with a Master’s Degree in Public Administration. She was hired by the City of Livermore and continued to work there until August 1997 when she retired as Coordinator of Housing and Human Services. Barbara served on the boards of the Municipal Managements Assistants of Northern California and the American Society of Public Administrators. She was also a board member of the Senior Support Program of the Tri-Valley, Valley Community Health Center, and The Center. Barbara was an Elder and a Deacon at the Pleasanton Presbyterian Church and sang in the choir for many years. She served on the Pleasanton Human Services Commission, the Housing Commission, the Kottinger Place Task Force, and the Assisted Living Subcommittee to build Park Place.

Barbara was a recipient of the Pleasanton Mayor’s Award and the Ed Kinney Community Patriot Award. She was also very active in the American Association of University Women Livermore-Pleasanton-Dublin Branch and the Livermore-Amador Valley League of Women Voters and was a Past President of both organizations.

After moving to Stoneridge Creek Retirement Community in 2013, Barbara was elected to be on the Resident Council and served as Vice Chairperson. She also sang in the chorus and was active in several other clubs/committees.

A Memorial Service will be held at 2:00 p.m. on Saturday, January 22, 2022 at the First Presbyterian Church of Livermore, 2020 Fifth Street, Livermore, CA. Due to the current environment, please do not feel obligated to intend in person. The service will be available to view online as well on the church web site: www.fpcl.us starting at 2:00 p.m.

Photo Gallery
0 photos Upload a photo
Remembrances
0 entries Submit a remembrance
Memorial service
A Memorial Service will be held at 2:00 p.m. on Saturday, January 22, 2022 at the First Presbyterian Church of Livermore, 2020 Fifth Street, Livermore, CA. Due to the current environment, please do not feel obligated to intend in person. The service will be available to view online as well on the church web site: www.fpcl.us starting at 2:00 p.m.
Make a donation
In lieu of flowers a donation may be made to the Salvation Army, P. O. Box 3706, Walnut Creek, CA 94598; or to Doctors Without Borders, P. O. Box 5022, Hagerstown, MD 21741; or to the First Presbyterian Church Memorial Fund.
About this site     Contact us