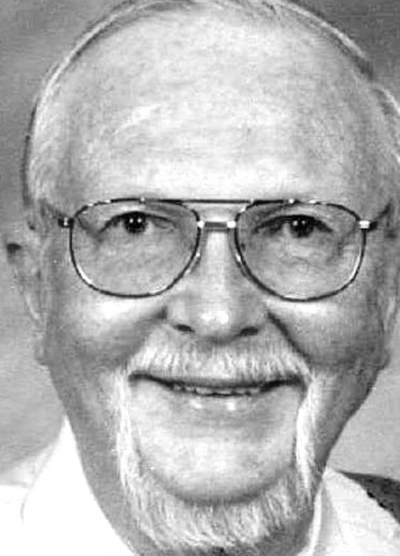 Schrader, a native of Illinois, lived for 37 years in Livermore after moving to the valley in 1967 to serve as editor of the Livermore Herald & News. He moved back to Illinois for three years and then returned to Livermore to edit the Valley Times and then led the Herald again.

In 1980, he moved to Sandia National Laboratories in Livermore as Manager of Public Affairs and Employee Communications. He retired from Sandia in 2001 and moved across East Avenue to join Lawrence Livermore National Laboratory as a group leader in community affairs and later served as the lab’s oral historian.

Throughout his professional life, Schrader served the community in a variety of organizations. He co-founded Friends of the Vineyards that has worked for decades to preserve vineyard lands from development. He was a member of the Rotary Club of Livermore for 33 years and served as club president. After moving back to Illinois, he was a member of the Sycamore Rotary and helped organize the Oak Crest Area club in the retirement community where he lived.

He was elected to three terms on the Chabot-Las Positas Community College District Board of Trustees, including serving as president of the board.

After keeping a promise to his wife, Kay, and moving back to Illinois in 2006, he regularly returned to Livermore each June to visit their many friends. He was honored as Rodeo Parade Grand Marshal in 2004. His visits also included volunteering at the antique printing press display at the Alameda County Fair and visiting his favorite place on earth, Yosemite National Park.

He was born Dec. 27, 1940, the son of Vernon and Margaret (Stryker) Schrader of Waterman, IL. He graduated from Genoa-Kingston High School in1958. He earned a Journalism degree from Northern Illinois University. He then married Kay Wirsing of Sycamore in September 1963.

His career included being editor of the Byron Tribune, publisher of three weeklies—the Genoa Republican, the DeKalb County Journal in Kirkland and Sycamore Sun. He was editor of the DeKalb Daily Chronicle from 1969-72 and much later in retirement wrote a weekly column for the paper called DeKalb County Life from 2008-2020. The columns are on his website (https://dekalbcountylife.com/).

During that time, he published two books of his favorite Chronicle columns “Hybrid Corn & Purebred People.” He also contributed chapters on the news media for two DeKalb County history books over a 50-year span, and videotaped oral histories for the Joiner History Room in Sycamore, IL and Livermore Heritage Guild.

While in California he wrote a column on local history for the Herald, Times and Livermore Independent for a few years. He also published a book of local trivia: “Will the Last Person Leaving Livermore Please Unscrew the Bulb in Fire Station One.” The light bulb is in the Guinness Book of World Records as the longest burning bulb in history since it was installed in 1901. It was later moved to Fire Station 6.

He also helped form the Livermore Heritage Guild, helped organize the Tri-Valley Exchange Club, belonged to the Society of Professional Journalists NIU chapter, the DeKalb County Historical-Genealogical Society, and American Amateur Press Association where he pursued his hobby of antique letterpress printing. He had many other hobbies as well.

He cofounded the DeKalb County Citizens for Better Mental Health Care. He was active in Scouting, serving as a District Chairman in the San Francisco Bay Area Council and organized the Tri-Valley Royalaires Drum & Bugle Corps as an Explorer post.

He received the Donald R. Grubb Outstanding Journalism Alumni Award from NIU, and the McNish Advocacy Award from the National Alliance on Mental Illness, among other honors. Barry is survived by his beloved wife of 57 years Kay; and their two sons Todd Vernon of DeKalb and Darrin Wayne of Arlington, Virginia. Barry was preceded in death by his parents.

A memorial service is pending at Sycamore United Methodist Church, 160 Jackson Ave., Sycamore, and later at Oak Crest. His ashes will be interred at Elmwood Cemetery in Sycamore and also near Yosemite National Park, his favorite vacation destination.