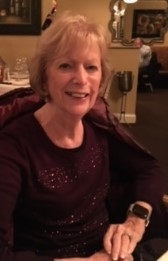 Bernadette was born in Queens, New York to Mary Feeney Flynn and Melville Flynn. Her brother Frank preceded her in death in 2009. After eight years at St. Barts Grammar School in Elmhurst, New York, Bernadette was awarded an academic scholarship to Bishop McDonald High School in Brooklyn. After graduation, she attended Grace Institute in Manhattan for a year, before joining the legal department of W.R. Grace.

Bernadette married Ed Dantzig on October 30, 1965 and later moved from Long Island to Pleasanton in 1973. Together she and Ed raised their three children, daughter Kerry, and sons Brian and Michael. She is also survived by her loving daughter-in-laws, Melissa and Carrie Dantzig. She cherished her grandchildren and loved seeing them often. She talked, listened, and doted on them. Grandsons Alex (Briegan), Dylan, Tanner, Connor, Liam and granddaughter Nicole, will cherish their memories and time spent together with Grandma. Bernadette’s friends from St. Augustine Catholic Church, her work and volunteer friends at Hope Hospice and her exercise, bookclub, & coffee girlfriends gave her great love, support and encouragement during her long battle with ALS.

Bernadette was an avid reader and loved to travel, especially to visit family in New York, Denis, Dorothy and Marian, and to her large and loving family in Ireland and England. Staying in close contact with extended family gave her hope and sustained her during her illness. Heartfelt gratitude to the Feeney, Lohan, and Molynoux families.