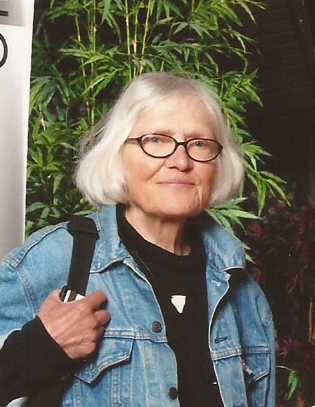 Beverly was born in Cedar Rapids, Nebraska on August 23, 1935 to P.D. and Winifred Wright. She grew up in Hebron, Nebraska as the second of four children. Bev met Donald, her husband of 61 years at University of Northern Colorado where she earned a degree in Education. After graduation, Bev moved to California with her new husband, Donald where she worked as a teacher until they started a family. She and Don raised three children in Pleasanton, and she eventually returned to the workforce, where she enjoyed being a teacher, then a preschool director, a legal secretary and an accountant. Bev loved animals and adopted several shelter dogs throughout her life. Beverly was passionate about music, art and literature. In her 50s she returned to school, taking art classes at the Academy of Art College in San Francisco. She painted and sketched, and enjoyed collecting art. In retirement, she also enjoyed traveling with her husband, taking many cruises and exploring Europe, North America, Australia, New Zealand, and the Pacific. Bev was thrilled to achieve her life-long desire to retire near the ocean and spent many years walking the beaches in Carmel and Pacific Grove. Beverly is survived by her sister, B. J. Woudenberg of Sun City West, Arizona, her husband, Donald Redgwick of Monterey, her three children, Karen Shankman (Mike) of Danville, Rebecca Pounds (Greg) of San Jose, Robert Redgwick of Pleasanton, and her four grandchildren, Angela Shankman, Kendra Pounds, Brandon Pounds, and Courtney Shankman. In lieu of flowers please consider a contribution to your favorite charity in memory of Beverly.