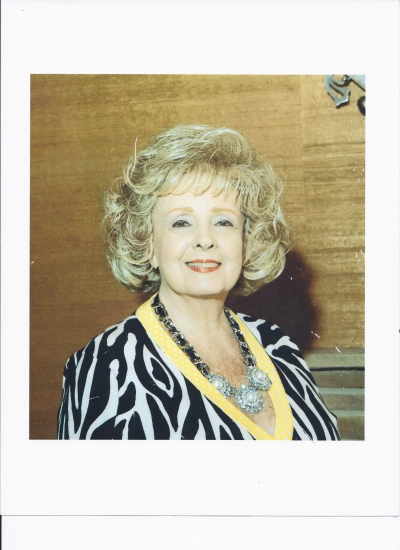 Livermore icon Carol Jean Famariss passed away on Friday, February 24, 2017 at the age of 94. As the founder of Carol Jeans Dance Studio, she taught dancing to thousands of students in Livermore from 1946 until 2007. Carol Jean who danced her way through more than six decades of wartime, and economic and social change once said that she particularly loved introducing youngsters to the joys of dance. The former Carol Jean Huddleston was born in Oakland on December 20, 1922. The daughter of Norma and Sam Huddleston, she was always known as Carol Jean and loved dancing, even as a little girl. Unable to attend school when she was young due to asthma, She and her family moved to Pleasanton at age 6 in order to help combat her asthma. At an early age, Carol Jean’s mother took her to dance lessons twice a week at the closest schools in Oakland and Hayward. There she learned tap and jazz dancing. Later, she traveled to San Francisco to learn ballet. While living in Pleasanton, the pastor at the Presbyterian church saw Carol Jean’s talent, and told her that she could use the church to teach other children to dance. Carol Jean and her family moved to Livermore soon after, where she would attend 5th Street School and met the love of her life, Richard ’Dick’ Famariss. The two became close friends and inseparable. Their relationship blossomed in high school. Prior to enlisting in the Army Air Force for World War II, Dick proposed and the two were married on January 3, 1942. They recently celebrated their 75th wedding anniversary. While attending Livermore high school, Carol Jean taught dancing to children on the front porch of her home on 5th Street while her mother played music on her piano. In high school, she was named Livermore’s Rodeo Queen, and represented the Livermore Rodeo when she rode in on a horse with Livermore boxer Buddy Baer at the 1939 Golden Gate International Exposition, San Francisco’s last World’s Fair. In high school, Carol Jean entered and won dance competitions in San Francisco, San Jose, and Oakland. After high school, Carol Jean danced in dinner clubs in Stockton and Oakland. Carol Jean followed her husband while he was stationed at various Army Air Force bases for bombardier training. There she taught soldiers and Women’s Army Corps (WACs) to dance, as well as produced several large musical productions. Carol Jean began her professional teaching career in 1946 at Livermore’s Palm Ballroom, and continued there until the building burned down in 1948. Following that time, she taught dancing at different lodge halls across Livermore. In the early 1960s, the Carol Jean Dance Studio was constructed and opened on Railroad Avenue. The Carol Jean Dancers performed annually in the Livermore Rodeo Parade, at the Alameda County Fair and parade, at the Livermore-Pleasanton Rod and Gun Club annual barbecue, Livermore VA Hospital and at the Livermore Fraternal Order of Eagle’s Christmas parties. Each year, Carol Jean and her dancers would travel to San Fracisco to perform at the Moose Lodge. Carol Jean taught students between the ages of 2 and 80 how to perform ballet, acrobatics, tumbling, jazz, Irish, Russian and Polynesian dances. The Livermore Rodeo Parade honored Carol Jean as a 1987 Community Service Award recipient, while the Eagles honored her as Mother of the Year. Carol Jean is survived by her husband, Richard Famariss, cousin William Huddleston, and niece Sandy Baird. She was preceded in death by her parents Norma and Sam Huddleston.

Photo Gallery
0 photos Upload a photo
Remembrances
0 entries Submit a remembrance
Memorial service
A celebration of Carol Jean’s life is planned in lieu of a service on March 11, 2017 at the Shrine Event Center at 170 Lindbergh Avenue, Livermore. Doors will open at 12 noon.
Make a donation
Donations can be made in honor of Carol Jean Famariss to the Shriner’s Hospital for Children - Northern California, 2425 Stockton Blvd., Sacramento, CA 95817, or to the hospital by telephone (916) 453-2000
About this site     Contact us