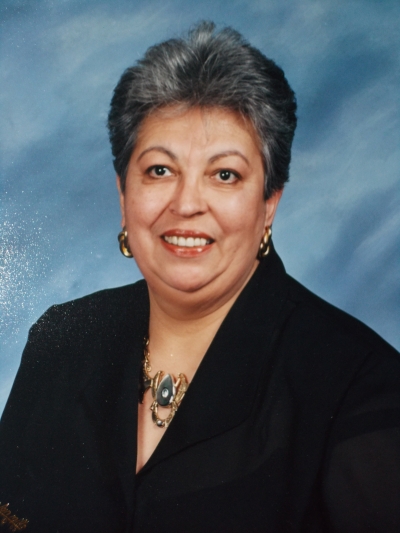 Cathleen Cordova, age 72, passed from this world on Thursday October 31, 2019 while visiting her sister Emily in Bella Vista, Arkansas. Cathleen was born on November 25, 1946 in Magdalena, New Mexico to Remey and Petra (Salas) Cordova. Graduated from high school in Portola, California and went on to receive her baccalaureate degree from the University of California at Davis. She later went on to receive a master’s degree from the school of International Training in Vermont to work in student exchange programs in Europe and New York.

Cathleen served in the Army Civilian Special Services in Vietnam 1968-69 as a Service Club director and was awarded the Vietnam Civilian Service Medal; and later served two more years in Korea 1969-70. She worked in NYC and Italy as a student travel planner agent; and also a Banquet Manager at the Windows on the World restaurant in the World Trade Center. Began her police officer career in Alabama where she completed the Police Academy and served in the Huntsville Alabama Police department. She later joined the Pleasanton California Police Department. She was active in the Speakers Bureau while a Community Services Officer and retired as an Evidence Technician in 2008.

Cathleen was an editor and publisher of the Official Army Special Services Newsletter. She was recognized for her contributions to the book and HBO special called ‘Dear America: Letters Home from Vietnam’, and she was associate editor of the Vietnam Veterans of America state publication. She was the Northern California coordinator for the Vietnam Women’s Memorial Project, a non-profit group spearheading the drive to raise $4 million for the Vietnam Women’s Memorial monument sculpture in Washington DC. She was instrumental in forming the “Circle of Sisters-Circle of Friends” organization, a coalition of civilian women veterans in Vietnam. She was a member of the Women’s Overseas Service League (WOSL) and served as Vice President from 1998-2000, National President from 2000-2002 and Past President from 2002-2004. She had a passion for raising recognition of civilian women’s many contributions serving in military war and conflicts, as well as causes that support veterans.

Cathleen was a world traveler. Some of the many countries were Vietnam, Korea, Hong Kong, Singapore, New Zealand, Australia, Malta, Spain, Italy, Thailand, Turkey, and more. She enjoyed reading, writing, cooking, flying in helicopters, and riding on the Orient Express.

Cathleen was preceded in death by her father Remey and mother Petra Cordova and survived by her sister Emily Robertson, son Mitchell McCarthy and grandson Cameron McCarthy.

Photo Gallery
0 photos Upload a photo
Remembrances
0 entries Submit a remembrance
Memorial service
No services to be held. Cathleen will be interred in the family plot in Portola California
About this site     Contact us