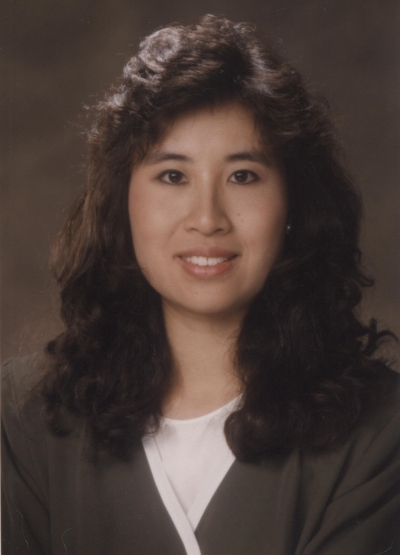 Pleasanton resident and physician Dr. Cecile Wun-Sze Lee passed away at home surrounded by her family on March 28, 2013 at the age of 46 after a courageous five-year battle with an aggressive form of breast cancer. She was born in Hong Kong on May 13, 1966, and moved with her parents to the United States at the age of one. A 1984 graduate of Cherry Hill East High School in New Jersey, she earned a bachelor?s of science degree with a major in bio-resource science at the University of California, Berkeley where she and Hank met and later married in 1992. She attended Tulane University Medical School with Hank in New Orleans, earning both her medical degree and a master?s degree in public health in 1993, becoming the first physician in her family. She completed her residency in dermatology at Tulane Medical Center in 1997. Cecile and Hank moved to Pleasanton and opened their practice, Pacific Dermatology. She was also on staff at ValleyCare Medical Center. Dr. Lee cared for her patients as if they were family members. In her spare time, she enjoyed gardening, cooking, reading, exercising, Tai Chi, knitting, Chinese painting, playing the piano and spending time with her family and friends. She is described as a caring and loving mother and wife with a good sense of humor and a gentle spirit. Dr. Lee is survived by her husband, Dr. Hank Fung and their children, Kristin and Brandon; her mother Fung Chun Lee and father Kan Chee Lee of Dublin; her sisters Mona Lee Chin of Castro Valley, and Nancy Lee Goggans of Nashville, TN.

Photo Gallery
0 photos Upload a photo
Remembrances
3 entries Submit a remembrance
From Sandra Hargis
Nov. 27, 2013
Dr. Cecile Lee was truly a remarkable doctor. As her patient, I felt her tremendous compassion and always received top notch, expert care. I think that her personal experience with illness, enabled her to reach out to me with a gracious humanity ...
Read more
Video
Upload a video

Memorial service
The viewing will be on Tuesday, April 9 from 5 to 8 p.m and the memorial service will be on Wednesday, April 10 at 10 a.m. at the Chapel of the Chimes, 4499 Piedmont Avenue in Oakland, followed by a burial service at 12 p.m. at the Mountain View Cemetery, 5000 Piedmont Avenue, Oakland.
Make a donation
The family prefers gifts in her memory to the UCSF Foundation P.O. Box 45339 San Francisco, CA 94145-0339; online at [email protected]
About this site     Contact us