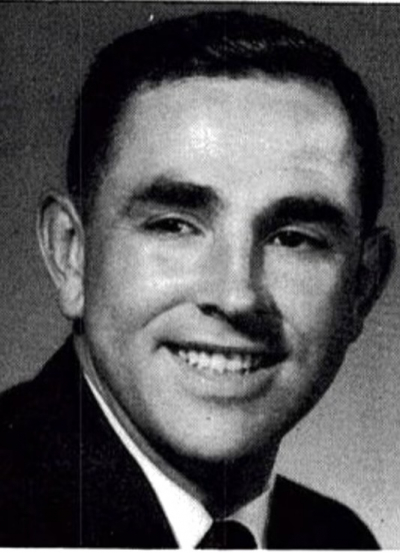 Charles Patrick Fracisco passed away peacefully in Livermore on Tuesday, February 10, 2022. Pat was born on St. Patrick’s Day at St. Paul’s Hospital in Livermore, the oldest son of parents who were born and raised in Livermore and Pleasanton, respectively. He attended St. Michael’s School and later graduated from Livermore High School in 1951. After a brief period at St. Mary’s College on a basketball scholarship, he transferred to San Francisco City College where he played football; an injury ended his playing career, though his love of sports continued! He earned a Bachelor of Arts Degree and Masters of Arts Degree in Physical Education from San Jose State College. He was a member of Alpha Tau Omega fraternity.

Pat’s teaching and coaching career in the Livermore Valley Joint Unified School District (LVJUSD) spanned 33 years. Initially, he was hired to teach and coach at Livermore High. He taught Physical Education and coached football, basketball, baseball and swimming. In 1963, he was asked to transfer to Granada High the year the school opened. At GHS, he taught, coached, and served as the school’s first Athletic Director. Pat coached football and basketball during the school’s first year, and then focused his coaching efforts on varsity basketball directing the Matadors until 1982. He was an offensive-minded coach who emphasized proper training, practice and execution; his teams were highly competitive and had many winning seasons. During the 1970s, Pat conducted a popular youth summer camp, the Bulls Basketball “Kamp.” Coach Fracisco played an instrumental role in helping shape young men's lives on and off of the court, and was especially pleased when former players and students would return and visit. He touched countless lives and established many lasting friendships.

When not teaching and coaching, Pat worked in his father’s Livermore-based real estate and insurance company. Pat operated a Livermore real estate brokerage that served many clients that his father had previously assisted. Later, Pat’s two sons and daughter-in law, Mike, Pat Jr., and Collette joined him in the real estate business. Pat was presented with an Honorary Lifetime Member award from the Bay East Association of Realtors in 2015.

Pat was an Army Veteran, who first served in active duty then later in the reserves. Pat was a lifelong parishioner at St. Michaels, then the Catholic Community of Pleasanton. His faith was very important to him. Pat practiced his faith and led by example. He was kind, loyal, respectful, and often characterized as a gentleman. He enjoyed playing golf and was a member of the Castlewood Country Club. He was a member of Livermore’s Fraternal Order of Eagles #609, and the Sons of Retirement (SIRs) Livermore.

Pat will be dearly missed by family, friends and all that knew him. He is survived by his loving wife, Phyllis of 64 years. The couple met at the Alameda County Fair horse races, where they both worked over one summer in college. The fair and horse races would become a special place for them to enjoy time together. Additionally, they enjoyed traveling, and spending time celebrating special events with their closest friends most of whom were long-time Livermore residents. Pat loved and was very supportive of his family. He is survived by his three children, son Michael (Gayla), son Patrick (Collette), daughter Jill, five grandchildren Kristen, Eric (Katrina), Patrick, John, Audrey, and two great-grandchildren Evelyn and Kira. Additionally, he leaves behind three siblings, Jeanne (Darrell) Packard, Martha (Lawrence) Kopp, Thomas (Betty) Fracisco, and eleven nieces and nephews -- each of whom he loved. Pat is preceded in death by his sister, Barbara (David) Mertes, and parents Margaret (Barthe) and Charles J. Fracisco.

Photo Gallery
0 photos Upload a photo
Remembrances
0 entries Submit a remembrance
Memorial service
There will be a public celebration of his life announced in the coming months.
Make a donation
In lieu of flowers, donations can be made in his name to either the Livermore Granada Boosters at 2117 Fourth Street, Livermore, CA 94550 or the American Heart Association at PO Box 840692, Dallas, TX 75284-0692
About this site     Contact us