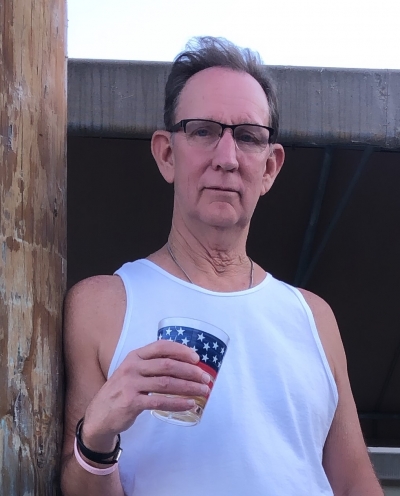 Pope worked at Thomure’s Standard station and Merchants Wholesale in Bonne Terre during high school. Following graduation, he attended Southeast Missouri State University in Cape Girardeau, Mo., for a year. He joined the United States Navy in October of 1972. He served on the USS. Vreeland and the USS Albany, spending most of his naval career in the Mediterranean. He earned the rank of Postal Clerk Petty Officer 3rd Class and received the National Defense Service Medal.

With an honorable discharge from the Navy in May of 1974, Pope moved to California and worked at National Semiconductor in Santa Clara, Ca. He married Evette LaPoint in 1985 and they had two children, Tyler and Danielle. The family made their home in Pleasanton, Ca., for 35 years. Pope worked for Cal-Steam and Diablo Plumbing. He coached his son’s CYO basketball team as well as his daughter’s softball team for many years. Chris loved his family, his friends and music.

Photo Gallery
0 photos Upload a photo
Remembrances
0 entries Submit a remembrance
Memorial service
Private services will be held at a later date.
About this site     Contact us