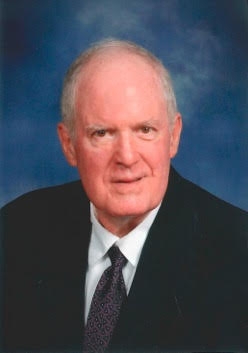 David Charles Muck, who based his life on being a disciple of Jesus, went home to be with his Lord and Savior on January 10, 2016 after battling a form of dementia. He was 76. His wife of 52 years, Carol, described Daveâ€™s life and personality as the epitome of 1st Corinthians 13, with his patience and kindness and the way he served her and their children. He served Centerpointe as an elder and was seen publically as the long-time commodore of the churchâ€™s humorous marching group, The Balloon Platoon. The â€œprecisionâ€ marching group fit Daveâ€™s sense of humor and his big laugh. He described his Balloon Platoon role as being â€œa clown for Christ.â€ Both he and Carol loved to sing and sang for decades with the Centerpointe choir. He also was an important ringer in the bell choir from its beginnings in the 1990â€™s. Dave was born and grew up in Beloit, Kansas. He learned to play golf with his dad and brothers and played throughout his life. He played collegiate golf, basketball (center) and tennis while earning his bachelorâ€™s degree at the College of Emporia. He went on to earn a masterâ€™s degree in math at Kansas State Teachers College in Pittsburg. He met Carol through a teacherâ€™s bowling league. After getting married in Kansas on August 17, 1963, they moved to Southern California. She taught in Long Beach, while he taught in Santa Ana. After six years, he transitioned into the business world. Their children, Gregory and Cynthia, were both born in Southern California. The family moved to Pleasanton in 1972 when he was promoted to manage Weldwood Structures, a division of Simpson Strong-Tie. He then moved into the telecommunications business and retired from Tower Communications as president/CEO at the age of 59. After retiring, he and Carol traveled widely to most of the world (Europe, Asia, Israel). He continued his passion for golf and was a regular Monday player with the Pleasanton SIRS group. Along the way, he scored a hole-in-one at Las Positas in Livermore. He was predeceased by his parents, Dalton and Dorothy Muck, his son, Gregory Muck, and his brother, Arthur Muck. He is survived by his wife, Carol of Pleasanton, their daughter, Cynthia Streimer (Steven) of Sherwood, Oregon their daughter-in-law, Shannon Muck of Santa Cruz, their grand-daughters Leslie Streimer and Delphina Muck, his brother Steven Muck of Escondido, his sister Elizabeth Callaway of Lawrence, Kansas, and many nieces and nephews. 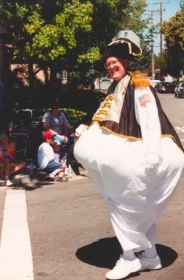