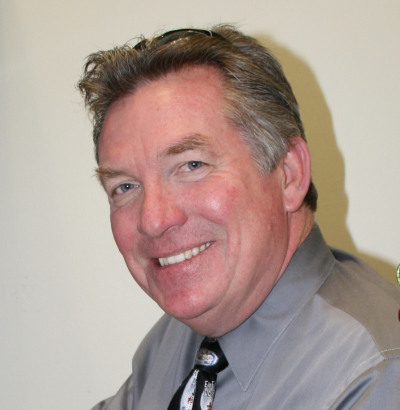 Dennis Joseph Hart, a Pleasanton native and resident of over 50 years, peacefully passed away on January 12 th after a three-year battle with prostate cancer. Dennis was aged 64 and was surrounded by his wife, Leslee and children in their home in Pleasanton.

Dennis was born in Castro Valley, CA in 1957 and was the fourth child of seven kids to Thomas and Mary Hart. He graduated from Amador Valley High School in 1975 and after earning a B.A. in Criminal Justice from San Jose State University, Dennis was hired as a Police Officer for the city of Alameda in July 1979. He was promoted to Sergeant in 2002 and held many roles throughout his 30 years of service for the Alameda Police Department including Patrol Officer, Traffic Officer, Investigator, Patrol Sergeant, and Hostage Negotiator. Dennis retired in 2007, but his drive and enjoyment of police work led him to co-founding an investigative services company where he worked with cities across the Bay Area to conduct pre-hire background investigations for public safety employment candidates.

Shortly after becoming a Police Officer, Dennis married his high school love, Leslee Mohatt and the two recently celebrated their 40 th wedding anniversary last year. They have four children, Matthew (Erin) Hart, Jessica (Patrick) Dehl, Sarah (Adam) Zuur, and Zachary Hart along with seven grandchildren. The biggest joy of his life was being a loving husband, father, and grandfather (“Papa”). Dennis was so incredibly proud of his wife and family, and that happiness was felt every time he talked about them— whether it was about a recent accomplishment or even just a general life update— Dennis would be beaming regardless of the story.

Dennis was known for his humor, wit, selflessness, and sensitive heart. He had a deeply caring nature and enjoyed giving help to others rather than receiving it. Dennis had a passion for the outdoors, whether it was hiking, biking, backpacking, skiing, or golfing, he always had a desire to stay active. His favorite place to spend time was in Twain Harte, CA at his cabin alongside family and friends. Twain Harte held a very special place in Dennis’s heart and was truly his second home. He was an active member in the community and served as president of the Twain Harte Lake Board Association during his retirement.

A funeral mass will be held at St. Augustine’s Catholic Church, located at 3999 Bernal Ave. in Pleasanton on Thursday, January 27, 2022 at 2 P.M. In lieu of flowers, the family kindly asks for donations in Dennis’s name to the Prostate Cancer Foundation.