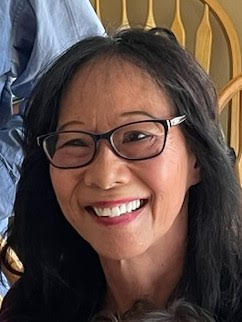 She was 70 years old. Diana’s family is deeply saddened and shocked by her sudden death. Diana was born on June 3, 1952 to Margaret Chu Quan and Frederick Douglas Quan in Oakland, California. After losing both her own mother and father at a young age, Diana and her two sisters were lovingly raised by her grandmother, aunts, uncles, and cousins in and around Oakland and San Francisco.

Diana graduated from Oakland High School in 1972 and attended Laney College while studying Early Childhood Development coursework. Some of her jobs around this time included working as a switchboard phone operator for AT&T and a secretary for the Oakland Athletics Major League Baseball team.

After meeting John Cabrall on a city bus, and accepting his proposal on a green felt chair, the two were married in Our Lady of Lourdes Catholic Church on Lake Merritt in 1980. The two lived together with their first son among the East Oakland hills of Montclair until one stormy night when a tree collapsed and destroyed their rental home. Diana and her new young family were taken in by friends and family for a couple of years until settling into her first owned home in Pleasanton, CA where they had two more sons together.

Led by an insatiable nature to nurture and care for children, Diana worked at the local KinderCare and eventually held the position of Director. As her sons entered elementary school, Diana followed, focusing her career within the Special Education department at Donlon Elementary School. It was here she devoted her blood, sweat, and tears in the pursuit of helping children with special needs, all while being close to her own growing boys. Over the years, Diana continued to hold multiple positions throughout the Pleasanton School District, dedicating herself to children’s education.

After retiring from the Pleasanton School District, divorcing her husband, and selling the Bacon Court home, Diana spent the next few years living in a quaint cottage in Downtown Pleasanton. Eventually, she moved to the historical and picturesque town of Jacksonville, Oregon with her longtime companion Henry Cappelli. It was here she had the opportunity to slow down in the remote hills outside of Medford, but instead chose to continue working and staying busy. She spent the last few years of her life working long, late shifts at food and gift retailer Harry & David. Her work was demanding but she would often spend her short breaks and lunch hours talking with friends and family at all hours of the night and building friendships with her co-workers.

Despite operating through late nights and often going on little sleep, Diana maintained a smile and perseverance in the service of others. Diana was happiest as a mom in the truest sense of that identity, constantly investing her time and energy towards making others happy, always focusing on their needs, often at the expense of her own. Seeing her loved ones happy was truly what brought her joy.

Diana is survived by her two sisters Marie and Linda, many cousins and second cousins, her niece Stephanie, three sons David, Chris, and Joe, and her grandchildren Tegan and Jack. 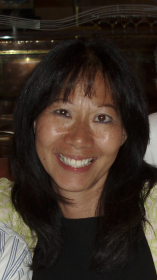 Remembrances
1 entry Submit a remembrance
From David
Jan. 2, 2023
Love you momma
Memorial service
Services in Loving Memory of Diana will be held at Graham-Hitch Mortuary on Saturday, January 14th at 10am (4167 First Street, Pleasanton CA 94566) Followed by a Celebration of Life lunch at Three Brothers From China restaurant in San Ramon, CA around 1pm. (2211 San Ramon Valley Blvd, Unit H, San Ramon CA 94583
Make a donation
Diana Cabrall loved her family more than anything else in the world. That love was never more apparent than when she spent time with her first granddaughter Tegan Ann Cabrall. In lieu of flowers, please consider a donation in her name, to her grandchildren Tegan and Jack's future education. We love you Mom, your love will always live on thru future generations." Link: https://www.gofundme.com/f/diana-cabralls-tegan-and-jack-scholastic-fund?utm_campaign=p_cp+share-sheet&utm_content=undefined&utm_medium=copy_link_all&utm_source=customer&utm_term=undefined
About this site     Contact us