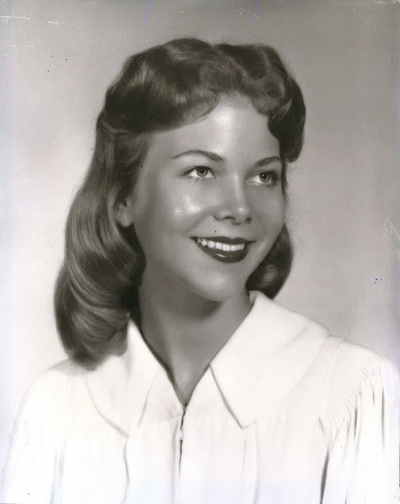 Diana was born in Oakland, California to Virgil and Wilma (Harris) Steuble on November 10, 1942. As a young child her family moved from Oakland to San Leandro where she attended public school graduating from San Leandro High School in 1960. Diana met her future husband, Wayne, at her Senior Ball. They were married the following year and immediately started their family. Her last child, a second son, was born before her 20th birthday.

In 1970, the family moved to Pleasanton where Wayne started his first teaching job. Initially, Diana was a homemaker and focused on raising their sons. But once the boys were old enough, Diana found work as a dental assistant in Dr. Ralph Juhl’s office and later with his successor, Dr. Michael McKim. She enjoyed her job as it provided her the opportunity to meet half of Pleasanton, then a much smaller town. She remained employed there for 31 years. She was active in supporting both sons and her husband, a high school coach, in all their sports activities. Many of the championship banners in the Tri-Valley high school gyms were made by Diana. She even survived the 1978 EBAL football championship game, which pitted both sons against their father. In 1996, Diana and Wayne relocated to a home just outside of Livermore where they could quietly enjoy their retirement years.

Photo Gallery
0 photos Upload a photo
Remembrances
0 entries Submit a remembrance
Memorial service
A Celebration of Life will be held on Thursday, May 19th at 11:00 AM St. Michael’s Catholic Church in Livermore. A reception will follow at Del Valle Winery.
About this site     Contact us