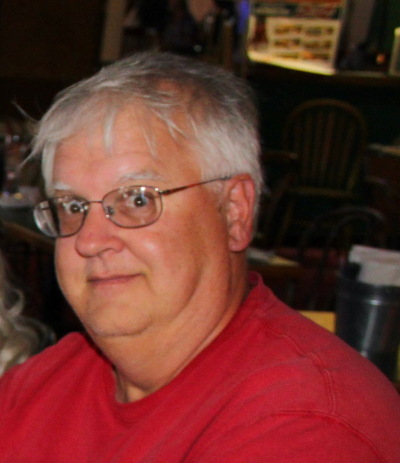 Don Provan, age 66, died unexpectedly of a sudden cardiac arrest on December 26, 2022 at home in Pleasanton, CA. Don developed networking software for his whole career. In 1982 he met his wife, Jan, while they developed the core Internet protocols(TCP/IP). After getting married in 1984, they commemorated their shared love for computing by naming their children after the protocols they worked on together, TCP/IP, Tara Calleigh Provan, and Ian Provan. While his children were growing up Don loved playing computer games with them. His other passion was geocaching. After discovering it, Don pursued geocaching avidly. He found over 10,000 caches in 18 countries. His favorites were puzzle caches, making two and solving thousands. He also supported Jan in raising 19 puppies for Guide Dogs for the Blind and collected frog themed art that is displayed throughout their home. Don was born in Washington, DC to Marcia and John Provan. He grew up in Alexandria, VA, He graduated from TC Williams High School where his love of music grew as a member of the marching band. He was passionate about the school’s historic football championship, popularly depicted in Remember the Titans. He then went on to Carnegie Mellon University in Pittsburgh where he continued to study music, recording 10 tracks with a jazz ensemble as he earned a BFA. After college his computer programming career took off and led him to Jan and California. Despite moving cross country, he enjoyed seeing his family at regular family reunions, which became massive as he and his siblings had children. Don honored his father’s memory by consistently completing the daily crossword. He is survived by his wife, Jan; his daughter, Kriellya and her partner CJ; his son, Ian and his fiancée, Cristina; his sister, Carol and her husband Ralph; his brother, Scott and his wife Jane; his sister-in-law, Dana; nieces and nephews: Jonathan (Devon), Chris (Alison), Ben (Sarah), Lindsay (Charlie), Sydney (Kevin); and 9 grand nieces and nephews. Don was predeceased by his parents, John and Marcia; and his brother, Randy. He is missed by the family dogs, Anthony, Jackie, and Cobalt; as well as grand-dogs Moya, Garby, and Velma.

Have fun and go find or hide a geocache. Don would have encouraged us all.

Photo Gallery
0 photos Upload a photo
Remembrances
0 entries Submit a remembrance
Memorial service
A celebration of his life will be held in the spring.
Make a donation
The Family requests that expressions of sympathy take the form of contributions in his memory to Guide Dogs for the Blind, www.guidedogs.com.
About this site     Contact us