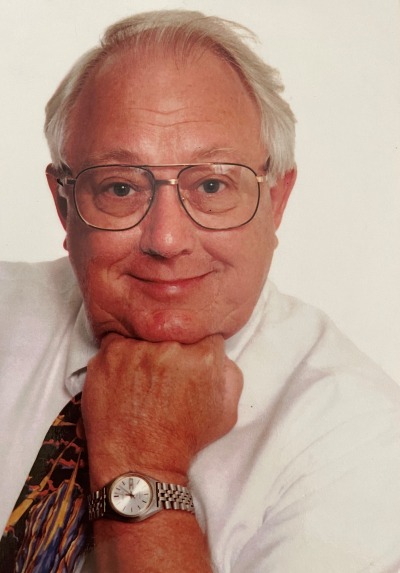 Donald (Don) O. Mazy left this plane of existence for his next flight on February 1st, 2022. He was born on June 23,1938 in Muskogee, OK to Virgie M. (Ellison) and Travis O. Mazy before moving to the Abilene, TX area in 1939. Don graduated from Abilene High in 1956, attended Texas A&M, and graduated from McMurry College in 1962.

After teaching math for a year, Don joined the Navy. He was awarded Naval Aviation Observer (Navigation) wings in August 1964, and ordered to Bombardier/Navigator training in the A3B “Skywarrior” aircraft. During his 21-year military career, he made deployments to various aircraft carriers often as Officer in Charge of his detachment. On his last deployment to the USS Midway, he made his 409th and last carrier landing. His other assignments were to various squadrons at Whidbey Island, WA, Corpus Christi, TX, Agana, Guam, and Alameda, CA. He reached the rank of Lieutenant Commander (LCDR) and assumed command of Auxiliary Landing Field, Crows Landing, CA where he retired from active duty in 1984. After retirement from the Navy, he was a substitute teacher, worked at a local photo shop, and as an instructor for the Pleasanton Unified School District for both the Senior Adult Education and High School Completion programs. He was also a volunteer docent aboard the USS Hornet Museum, a Lay Speaker for the United Methodist Church, and member of the USS Hornet Amateur Radio Club (HARC) and the Livermore Amateur Klub (LARK).

Don was a loving husband, father, and Poppa to his granddaughter. He often said the most important time in his life was in March 1965 when he met the love of his life and future wife, Elaine (Goodland Deming) and her children, whom he raised as his own. He loved clothes and was known for his tie collection. He was an avid photographer - often sitting on the beach for many hours taking pictures of sunrises and sunsets. He also enjoyed many other hobbies including playing bridge, listening to classical music, baking (especially anything chocolate), and being a ham radio operator with call sign KK6AFQ. As an ardent sports fan, one of his favorite things was to watch his beloved Dallas Cowboys. He will be remembered by all who knew him as a good-natured, kind-hearted, and charismatic man who loved to tell a good story.

Don was preceded in death by his parents and older brother Tommie Ray. He leaves behind his wife Elaine, daughter Charlayne Deming and her husband Douglas Hatch, granddaughter Jenna Hatch, and son Roger Deming and his wife Cindy (Bates). He is thankful for the loving support of his in-laws, nieces, nephews, cousins, and friends.

Friends and family are invited to a Celebration of Life on February 17, 2022 at 10:00 a.m. at Graham-Hitch Mortuary, 4167 First Street in Pleasanton, CA. A private military burial will be held at a later date. The family requests memorial gifts be made to the American Cancer Society (https://donate3.cancer.org/).