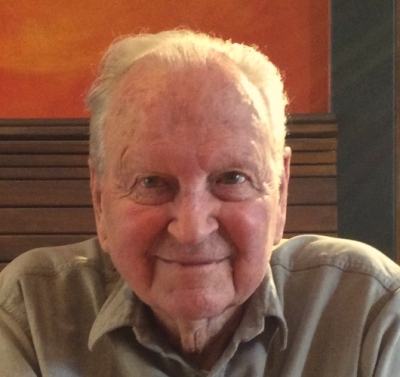 Don Streitz, former resident of Pleasanton, passed away at his home in Hendersonville, NC on February 27, 2017. Born in Madera, CA on June 21, 1927, he grew up in Livermore and graduated from Livermore High School. He met and married Bonita Jean Wheeler in 1948. They settled in Pleasanton in 1952 and were married for 28 years. He worked at Kaiser Sand & Gravel for over 30 years and was a proud member of the Operating Engineers Local No. 3 for almost 72 years. His last 16 years were spent in North Carolina as a content homeowner who had the great good fortune to find true friendship and camaraderie with several longtime local residents. Don and his children shared a great affection for his adopted hometown and for his wonderful housekeeper and friend, Ginny. Don was a man of many talents and supremely ingenious. Always mechanically inclined, he had a lifelong love of collecting and tinkering. He also enjoyed reading and learning about new and varied subjects. He was never afraid or hesitant to help a stranger in need. His children will always remember how gracefully he moved, how hard he worked, and his years of extraordinary vitality. It can be said that he heard and followed a different drummer; his struggles became our lessons, his talents and innate goodness remain our treasured heirlooms. He will be deeply missed. He is survived by his son, Steven of Sun City CA, daughters, Kay of Oakland and Dana (Ford) of Danville, his granddaughter, Phaedra Wilson and great-grandchildren Alexander and Isabelle of New Brighton, MN. He is also survived by his brother Robert Streitz of Elk Grove, CA and good friend Brad Johnston of Berkeley, CA.