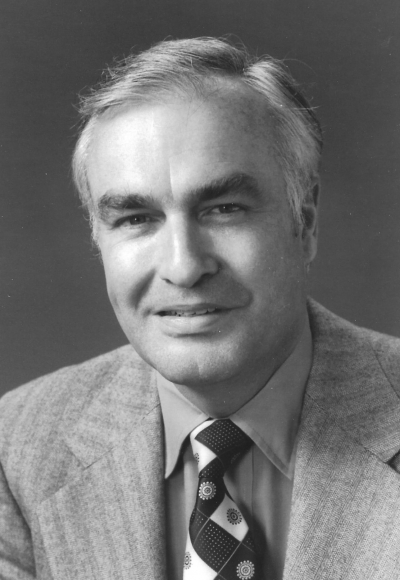 Don, a devoted family man and former president of Ampex International in Redwood City, CA, passed peacefully at home with his wife of 71 years and other family members at his side. He was 93 and succumbed to complications from a head injury.

Don was born in Creston, Iowa, to Arthur and Neva Kleffman and lived there through high school. During World War II, he served in the U.S. Navy as a communications technician. He graduated from Central Technical Institute in Kansas City, Missouri, in 1948, studying broadcasting during the pioneering days of television. It was in Kansas City that he met the love of his life, Virginia Purtle of Rosston, Arkansas, who was there visiting her older sister for the summer. He began his career as a radio broadcast engineer at WHBY(AM) in Appleton, Wisconsin, and a few months later switched to WHO-AM-FM-TV in Des Moines, Iowa, to focus on television.

Don and Virginia married in 1949, beginning their decades of devotion, and had three children, Sandra, Debra and Timothy. In 1959, Don answered an employment ad and obtained a job as the first video applications engineer at Ampex, moving his young family across the country to California and settling in Sunnyvale. Ampex invented videotape, was a pioneering leader in slow motion instant replay and became one of the top makers of studio broadcast equipment. Don rose steadily through the ranks of the company, eventually overseeing several thousand employees in offices and manufacturing plants worldwide. Over the years, he had the opportunity to attend several Olympics to oversee the use of Ampex equipment in broadcasting the games. He became president of Ampex International in 1984 and remained in that position until he retired two years later. He was especially proud that he was instrumental in establishing a pension plan that made a major difference in the lives of hundreds of employees.

Despite all of his career success, Don once proudly told a magazine reporter that “I’m not a workaholic.” By five minutes after 6 p.m., he was out of the office and almost never worked on weekends. One of his biggest joys was spending time with his wife and family, including his two grandchildren, Natalie and Kevin. He and Virginia and often other family members enjoyed frequent trips to Hawaii, Europe, Japan, Hong Kong, Australia, New Zealand and an African safari. He and Virginia especially loved Grindelwald, Switzerland, where they would sometimes be joined by Don’s two sisters, LaVerna and Marilyn. He also loved deep sea fishing with his son. His biggest catch? A 417-pound marlin that was twice as big as he was. In 2013, Don and Virginia moved to the Village at Ironwood in Pleasanton to be closer to their children. Don will always hold a special place in the hearts of those who knew him and will especially be remembered for his sense of humor, kindness, humility, love of family, integrity and fairness. Don was preceded in death by his father and mother, Arthur and Neva, and his sister, Marilyn. He is survived by his wife Virginia Kleffman of Pleasanton, his sister LaVerna Kleffman of Germany, his daughter Sandra Kleffman of Pleasanton, his daughter Debra and her husband Richard Lee of Livermore, his son Timothy Kleffman and his wife Deborah Rosa of Pleasanton, his granddaughter Natalie Kleffman of Washington, D.C., and his grandson Kevin Kleffman of New York.

Because of coronavirus restrictions, the family will hold a private celebration of life. In lieu of flowers, memorial donations can be made to the Alameda County Community Food Bank, P.O. Box 2599, Oakland CA 94614. Their website is donate.accfb.org