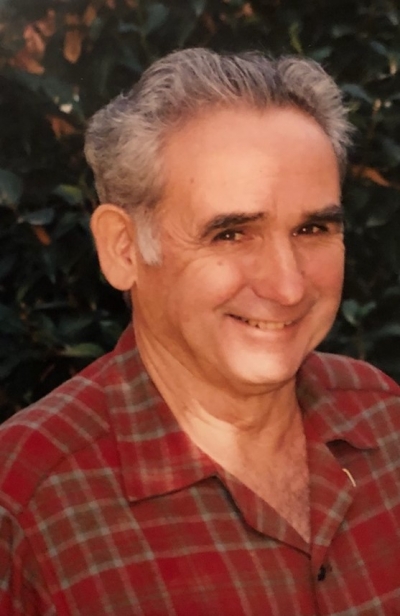 Douglas Eloyd Safreno passed away peacefully on Wednesday, November 28th with his family by his side. He was 94 years old. He was bright and spry up until his last few days. He never lost his mischievous smile or the twinkle in his eyes.

Doug was born in Pleasanton to Mary Gloria Regello, a native of San Pablo, CA and Manuel Souze Safreno of the Azores, Portugal. He was raised on First Street in Pleasanton and attended Pleasanton Elementary and Amador Valley High School where he was class president and an FFA, Future Farmers of America, member.

Doug’s creativity, artistic ability and business mind allowed him to successfully run several small businesses which led to a partnership in an East Bay residential construction company. He went on to purchase, develop and own commercial real estate in Pleasanton.

Doug passed on his love for the outdoors to his children: Lynda, Casey and Ty. He spent many hours swimming, fishing, camping, boating, traveling and hunting. He was an avid reader of several periodicals and business texts. His favorite past time was weekends at French Island with his family.

He was active in Native Sons, on a Pleasanton community planning committee and assisted in many projects that his children’s creative minds came up with. He loved to problem solve and had a few patents that he developed into products. One of his favorite projects was an amphibious car that allowed him to move on land, marsh and water.

He is survived by and will be greatly missed by his wife Mary, daughter Lynda and husband Erik, son Casey and wife Lisa, son Ty and wife Trudie and his 8 grandchildren; Diva, Ana, Douglas, Ella, Steven, Dina, Neill and Wade.