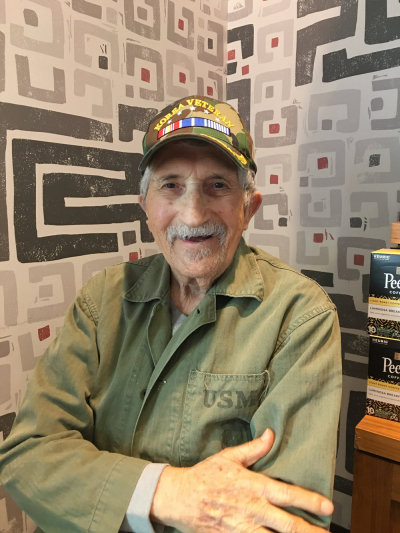 Edmond Stephen Alves died on February 2, 2022, at the age of 91. Ed, as he was called by family and friends, was born in Providence, Rhode Island to immigrant parents in 1931. His family moved to Pleasanton, California when Ed was a young boy. Upon Ed's graduation from Amador Valley High School in 1948, he joined the U.S. Marine Corps in July 1948 at the age of 17. Ed was a proud Marine and served his country during the Korean War. He graduated from San Jose State University (under the G.I. bill) with a major in Business Administration. In 1954, he married Dorlene F. Garcia. They were married for 57 years before Dorlene's death in 2012. Ed & Dorlene (Doe) raised their family in Pleasanton. All of their children would go on to graduate from Amador Valley High School like both parents before pursuing college.

Ed was active in the VFW (Veterans of Foreign Wars) as well as the Knights of Columbus. He maintained life-long friendships with his high school classmates. Ed was an extrovert. He loved to talk with people. Since first becoming a grandparent in 1993, Ed loved spending time with his grandchildren and would drive or hop on a plane (to Texas or Southern California) for a quick or extended visit.

Ed is survived by his two daughters and daughter-in-law. Janell Alves-Anderson (Richard) of Mountain View, California, Jennifer Alves-Dowden (Steven), and their 4 children, Katherine, Jacqueline, Madeline, and Samuel of Fort Worth, Texas. Jeff's widow, Blanca, and their 2 children, Isabel and Anthony of Simi Valley, California. Ed was preceded in death by his wife, his two sons, Jeff & Joshua, siblings Emily & Manuel, and parents, Joseph and Mary.

A private graveside service at St. Augustine's Cemetery will be held for immediate family only.