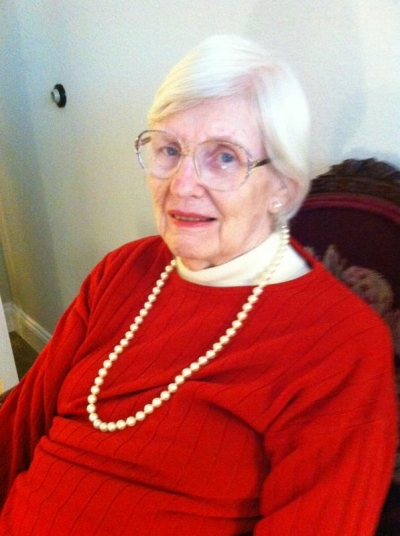 Elizabeth Ann Peterson was born in Chicago, Illinois on December 24, 1934 to Ferne Johnson Pearce Larson and James S. Pearce. During her first year at college Liz joined the Phi Mu sorority. In the spring of 1954, Liz had a blind date with a fraternity man who “needed to meet a nice girl!”. The couple met at the Illini Union restaurant and Liz and Ron were married September 1st, 1956 in Chicago!

Liz graduated from the University of Illinois Champaign-Urbana campus in 1957 with a BS in Chemistry. In January of 1957, Liz and Ron left the University and started off life in Chicago as a mother and a new working man, respectively. Four more children were born, and Liz was busy raising their kids, supportive of her husband, and active in church and in the children’s schools.

In 1967, they moved to Pennsylvania where their sixth child was born. Liz served as a den leader in Cub Scouts, brownie and Girl Scout leader, and continued volunteering in the church and school.

In 1979, Liz, Ron, and their younger 3 children moved to Pleasanton, California while the three oldest remained to work or attend college in Pennsylvania. Lynnewood became their church home. Up until the last few years, Liz has been an avid member of Prayers and Squares and enjoyed her interactions with the other women at retreats, dinners, and social activities.

When her youngest child was in high school, Liz renewed her passion for chemistry and worked for Shasta Beverages in Hayward. She retired from the chemistry lab in the Dublin-San Ramon Services District at the Sewage Treatment Plant in Pleasanton. Travelling, cruises, and their purchase of a condo on the island of Kauai filled their days of retirement.