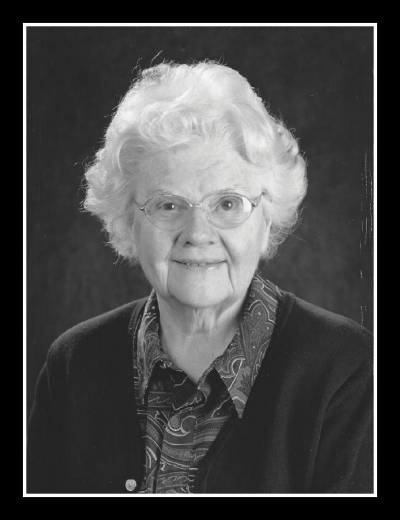 Ethel Marjorie (Marge) Hayes Methvin, resident of Pleasanton, CA and Newport, RI went to her eternal home on July 14, 2013. She was born in Newport, Rhode Island on March 17, 1925 to Frederick Charles Hayes and Florence May McKenzie. She is predeceased by sister, Florence M. Luckhurst, and five brothers, Harold F., Walter H., Norman A., Gilbert E. and Gordon M. Hayes.

Mrs. Methvin graduated Rogers High School and became a dental assistant in Newport for many years. She was a member of the United Baptist Church, John Clarke Memorial, where she met her future husband Benjamin L. Methvin at the church?s young singles group. They married in 1949. Family was important, and she embraced her role as a mother by nurturing and pouring life into her children. She sought to instill solid, foundational truths into the lives of her children. She was unambiguous and confident, setting clear boundaries in her parenting. She did her best by giving a large part of herself to her children, encouraging them to grow and develop into responsible human beings.

Her colorful New England language, accent, resiliency, wit and humor are warmly remembered. She was a social person and active in a local woman?s bowling league, Weight Watchers and T.O.P.S. programs. She valued relationships and made a determined effort to maintain relationships, particularly with family members.

Mrs. Methvin was a gifted helper and sought out opportunities to serve in her community. She logged in thousands of volunteer hours in the gift shop as a member of the Newport Hospital Women Auxiliary, served on the Townsend Aid for the Aged Fund, in the island soup kitchen and worked at the election polls. She served for many years as secretary of the youth Sunday School program of her church and was an active member of the Deaconate Board serving as secretary. She was also a member of the Nestell Chapter O.E.S.

She moved to California in 2001 after the death of her husband. Her intact faith brought her through life. There remained in her heart a melody, ?Fear not, I am with thee, peace, be still,? as she continued to face life?s ebb and flow. The mighty old hymns of faith kept her singing and strengthened her to face the challenges of dementia.

She is mourned by her son, John H. Methvin (Susanne) of Moraga, daughters, Marjory F. Methvin Tilley of Pleasanton and Barbara A. Garfield of Napa, five grandchildren and two great grandchildren, several nieces and nephews along with sisters in law, Mabel Griswold and Jacqueline Hayes. She is predeceased by her husband of 52 years, Benjamin L. Methvin and son in law, Dr. Merten A. Tilley.

A Memorial Service will be held at Centerpointe Presbyterian Church, 3410 Cornerstone Court, Pleasanton, at 1:30 p.m. on Oct. 4. Interment will be on Aquidneck Island, in Rhode Island. In lieu of flowers, please consider making a contribution in her name to the building fund of the United Baptist Church, John Clarke Memorial, 30 Spring Street, Newport, RI 02840.