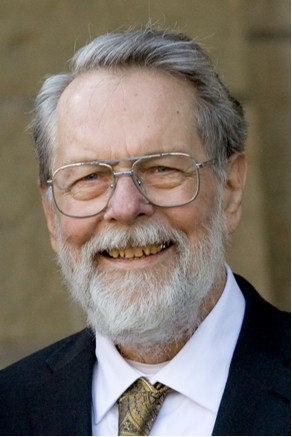 F. David Storch, known as David, died peacefully in his Pleasanton home on Feb. 23, 2013, after a long battle with cancer.

David was born to the late Herman Storch and Hermie Lenz on Dec. 5, 1936, in Madera, CA. He grew up in the Central Valley and later moved to the San Jose area with his mother and late stepfather William C. Terrell. He graduated from Campbell High School and earned a BA in Mathematics from San Jose State University.

David worked as a computer scientist at the Lawrence Livermore National Laboratory for 37 years, starting as an operator on the UNIVAC I, one of the first computers. He was the Group Leader of the Large-Scale Systems Group at what became the National Magnetic Fusion Energy Computer Center, responsible for the operating systems on the largest supercomputers available at the time. He retired in 1996.

Flying was one of David?s favorite hobbies; he had a pilot?s license and several remote controlled gliders. In his retirement, he enjoyed Sudoku and weekly breakfasts with friends from the Livermore Lab. He also enjoyed camping and going to RV rallies, as well as helping his ex-wife Nancy Storch with various projects.

David had a warm, friendly personality. He was introverted, but with a good sense of humor, and often punctuated conversations with sharp quips. He was also very stubborn and held strong moral convictions. He was loved by his family and friends, and he will be dearly missed.

David was preceded in death by his parents, his stepfather, and his brother, L. Steven Storch.

In lieu of flowers, the family is requesting that donations be made to either Castle Air Museum (5050 Santa Fe Dr., Atwater, CA 95301) or the American Cancer Society (http://www.cancer.org/). Donations to Castle Air Museum will go towards installing a bench in David?s memory next to the B-17 bomber. Please indicate on checks that the donation is in memory of F. David Storch.

An informal memorial will be held at noon on Sunday Aug. 11 at Coffee Ali, 3550 Bernal Ave., Suite 140, Pleasanton. Friends are welcome to come and join with family in sharing memories. David?s ashes will be buried without ceremony in the Mountain Ranch Cemetery, near the graves of his mother and stepfather.