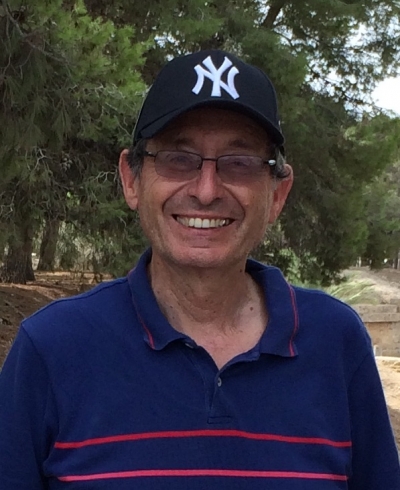 Frank Lowenthal, longtime Pleasanton resident, passed away in his home surrounded by family after his battle with cancer.

Frank was born on August 27, 1938, in Breslau, Germany, shortly before his entire family escaped Nazi Germany, relocating first to British Honduras and then, in 1942, to New York City. His family seized every opportunity in their adopted country, and Frank personified their value of hard work and education. He graduated from Stuyvesant High School in 1955 and City College of New York in 1959 with a degree in Physics. The pursuit of a graduate degree brought him to the west coast. He graduated with a PhD in Mathematics from Stanford in 1965.

While home on vacation from graduate school in 1963, he was introduced to Ann Kraus, also from New York City, and, knowing a good thing when he saw it, took a temporary position at New York University to be near her. They were married in 1965, just after he started as a faculty member in Mathematics at the University of Oregon. They had two children, David and Debbie, and Frank’s career took him the University of Wisconsin, Parkside and ultimately California State University—East Bay, where he worked until his full retirement in 2012. As an academic, he studied various topics in theoretical math. Although in his later years he taught mostly business and accounting (and, to his horror, some computer programming), he maintained his passion for math.

In addition to mathematics, Frank was also a championship bridge player. With over 7,500 points, he was an Emerald Life Master. He was well known in the bridge community and competed in tournaments all over the country. His years of travel to weekend bridge tournaments all around the Bay Area made him an expert on traffic avoidance and back road shortcuts, so much so that friends and family would turn off their GPS and call Frank instead.

Frank loved his hobbies. He was an avid runner for decades and could be seen jogging the streets of Pleasanton most days; he still could run 3 miles even in his late 70s. He enjoyed riding his bike and often rode 17 miles to work. He loved the outdoors, hiking the John Muir trail as well as climbing Mt. Whitney five times. He was very proud of the fact that he climbed Mount St. Helens before it erupted. Legend has it that Frank climbed Mount Hood very close to his wife’s due date with their first child. “Well, the doctor thought you would be late,” quipped Frank when asked about it years later.

Frank also loved the Yankees for his entire life. He witnessed 18 world championships during the years he followed the team. Unsatisfied with that, his answering machine message stated that he’d only call you back as soon as the Yankees won another one.

Frank also enjoyed writing and was quite the humorist, as evidenced by his annual holiday letter, happily sent to friends (and even some random strangers) around the globe. Frank was very active in civic life, from campaigning for Eugene McCarthy as a young academic, to campaigning for Ronald Reagan, to the one-man “Never Trump” station he manned at the local farmer’s market in 2016. He passed the CPA exam (on the first try) later in life, and became a tax expert; he also always made time to help others with their taxes, including in the days before his death. Frank always enjoyed a good party, and he and Ann hosted an annual New Year’s Eve party (catered by value-priced items at Costco, of course) that was legendary.

Not one to sit on the sidelines, Frank was active in his children’s and grandchildren’s lives. He spent many years coaching his son’s soccer and baseball teams, as well as his daughter’s softball team. Frank could often be spotted playing 1-on-1 basketball in his driveway with his children, although his basketball career was cut short due to an unfortunate incident where his nose lost out to the garage door as he made a valiant effort to grab a rebound. Most recently, he relished watching his grandson play soccer and drove across the country to watch him compete in tournaments. Frank loved to travel with his wife. The backpacking trips of the early years gave way to cruises, and he visited nearly 100 countries during his lifetime. Anyone visiting their house after one of their adventures would be treated to a mandatory slide show.

Frank is survived by his wife Ann of 52 years and their son David Lowenthal, his wife Jennie Sparrow, and granddaughter Rachel; and daughter Debbie Lowenthal, her husband Benjamin Carney, and grandchildren Portia and Matthias.

Photo Gallery
0 photos Upload a photo
Remembrances
5 entries Submit a remembrance
From John Villarreal
March 21, 2018
Ann, My condolences to you and your family. When I was informed of Frank's passing, I was in disbelief since Frank was always physically active and mentally alert. As you may recall, Frank & I used to jog regularly at the University and I can atte...
Read more
About this site     Contact us