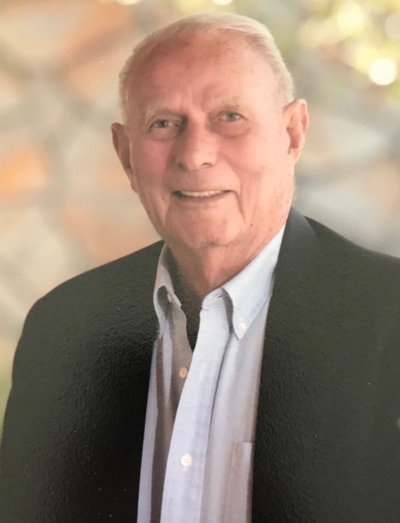 The world lost a wonderfully warm, loving yet ambitious gentleman on May 18, 2018. Reno, Nevada resident Franklyn “Frank” David Smith passed quietly on, Friday afternoon, after brief complications from CHF. Born in Grand Junction, CO. Dec 31, 1932, Frank was one of 8 children, in a tight-knit, hardworking family. This clan ultimately moved and settled in Glendale, CA, where Frank grew up and attended Glendale High and College, eventually receiving a bachelor’s degree from St. Mary’s College in his adult years. Working all through his younger years as a paperboy and draftsman in Glendale served him well, paving the way for future successes in business. Many years later, Frank relied on this cultured ingenuity, as he bought into a small company named Porter Seal in the Bay Area. He eventually grew it and molded it to be The Bay Seal Company, which remains a vibrant business and a testament to Frank's life and work ethic. In advance of this love affair with business, he met and married the true love of his life, Dessie Mae Shealy (a nearby resident and nurse at the time); they recently celebrated their 60th wedding anniversary surrounded by their many friends and family who traveled to share this joyful milestone. Frank and Dessie lived in San Ramon, CA for a good part of their lives, raising their 4 children there and in nearby Pleasanton, CA, until moving to Reno, Nevada for their retirement years. Frank was an avid reader, listener, story teller and conversationalist, and always interested in the news and politics of the day; he was an inventor, holding several patents; an avid golf enthusiast and player as a member of Castlewood Co. Club in Pleasanton, CA & Hidden Valley Co Club of Reno, NV; a member of congregations at St. Augustine’s in Pleasanton, CA. and St. Rose of Lima, in Reno, NV. Frank traveled with Dessie, visiting family and friends, yet always made friends wherever they found themselves; a tribute to the charming and loving manner, which the tall, soft-spoken Frank perfected as he moved through a crowd. Frank is preceded in death by parents Agnes and Eli Smith; his sisters: Alice, Kay, and Jeannine; brothers: Larry and Jim; and grandson Jake. Frank is survived by his devoted wife Dessie Smith of Reno, NV; his sister Mary Lou and brother Bob; his children: David (JoLeeAnn), Cindy (Rick), Randy (Karrie) and Janet (Brad). Frank was a proud “Papa” to 10 grandkids; Kimberly, Alan, Samantha; Nicole, Sarah, Lexie; Lindsey, Sydney, Jake and Maille; and doubly blessed with great-grandsons Cameron, Payton and soon-to-come Baby Foster. "WHERE DO WE GROW FROM HERE?"

Photo Gallery
0 photos Upload a photo
Remembrances
0 entries Submit a remembrance
Memorial service
Funeral Mass to be held on Saturday, June 9, 2018 at 10am at St. Rose of Lima Catholic Church, 100 Bishop Manogue Drive, Reno, NV. 89511. In lieu of flowers, please donate to the charity of your choice.
About this site     Contact us